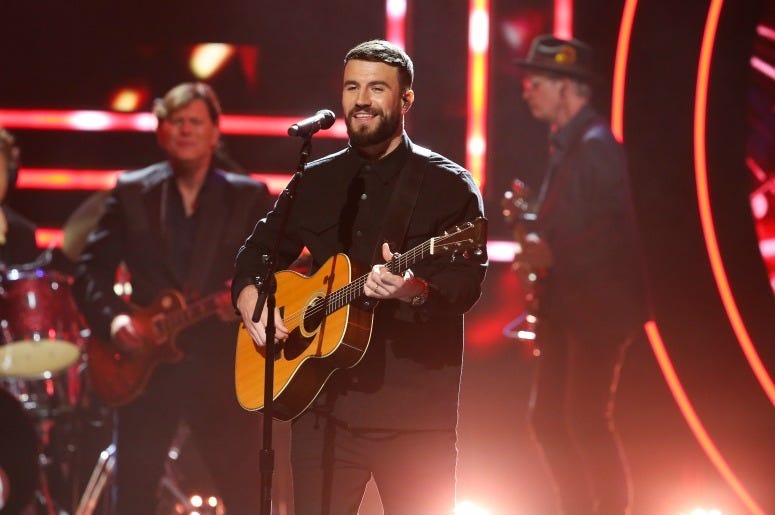 Alert your kinfolks, new music from Sam Hunt is scheduled to arrive sooner than we thought.

The "Body Like A Back Road" singer returns to New York City on December 4 to headline RADIO.COM's Stars and Strings, and he'll bring with him at least one more sample of his highly-anticipated new album.

"I've got a song coming out this Friday," Sam shares with New York's Country 94.7. "I'll be able to play it in the show when we come up to New York. I'm excited about that."

Friday's new tune follows "Kinfolks," which Hunt released in October. It was his first since he debuted "Downtown's Dead" in 2018. With Sam Hunt in album mode now, who knows what we'll hear at the Barclays Center next month. "I'm not necessarily stressing, but I'm working overtime for sure," laughs Hunt about the effort to get his new LP ready for release. "Just to be able to get it all recorded. You realize it takes more time. I just like to show up, everybody playing and sing it and there it is - let's put it out - but, it does take a little more work, but it's coming together."

For those that haven't seen Sam do his thing, he offered us a little preview before he had to go. "There's a lot of energy," he says. "I've learned and evolved I guess as I've gotten out."

"I really enjoy the band that I play with, they're all really good buddies of mine, so we enjoy making music together and hopefully that translates on stage. We want to create an experience that we feel like we're also a part of. We enjoy it as much as hopefully the folks that come out and see us."