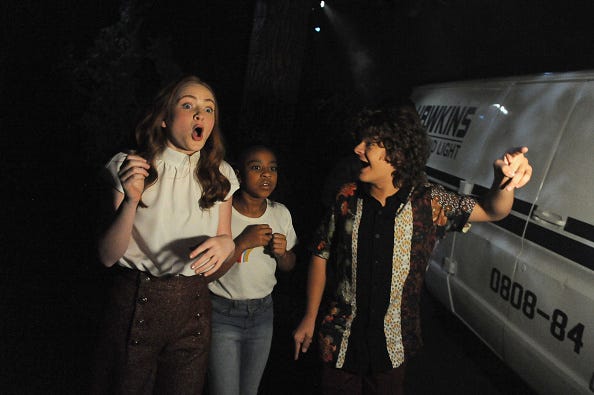 “Stranger Things” has served up its share of dramatic twists and surprises during the popular Netflix series’ first two seasons. With season 3 arriving on July 4, fans have been treated to an action-packed, 3-minute trailer.

Danger appears to be hovering around every corner in the new season. The Upside Down monsters pose fresh threats and it will be up to the Hawkins, Indiana gang to protect their world.

Here’s the official synopsis from Netflix for season 3:

"It's 1985 in Hawkins, Indiana, and summer's heating up. Romance blossoms and complicates the group's dynamic, and they'll have to figure out how to grow up without growing apart," according to Netflix.

“Meanwhile, danger looms. When the town's threatened by enemies old and new, Eleven and her friends are reminded that evil never ends; it evolves. Now they'll have to band together to survive, and remember that friendship is always stronger than fear."

Winona Ryder was nominated for Best Actress – Television Series in 2017, while David Harbour earned a nomination for Best Supporting Actor – Series, Miniseries or Television Film in 2018.

The series has been selected by the American Film Institute as one of its Top 10 television programs of the year for the series' opening two seasons.

Fans of the series will be eagerly counting down the days until Season 3 drops. Fortunately, Independence Day is only weeks away.