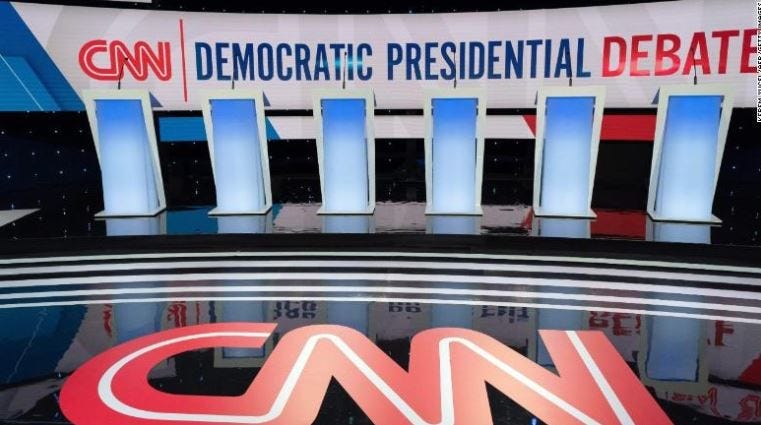 "Out of an abundance of caution and in order to reduce cross-country travel, all parties have decided that the best path forward is to hold Sunday's debate at CNN's studio in Washington, D.C., with no live audience," DNC communications director Xochitl Hinojosa said in a statement.

Univision's Jorge Ramos, one of the original debate moderators, was potentially exposed to coronavirus but is not showing any symptoms, CNN said. Ramos will not moderate the debate -- Univision's Ilia Calderón will take his place, along with CNN's Dana Bash and Jake Tapper.

"Both Mr. Ramos and the person he was in contact with are in good health and symptom free," Hinojosa said. "Despite being cleared by medical professionals and out of an abundance of caution, Jorge has decided to step aside from participating in the upcoming March 15 Democratic debate."