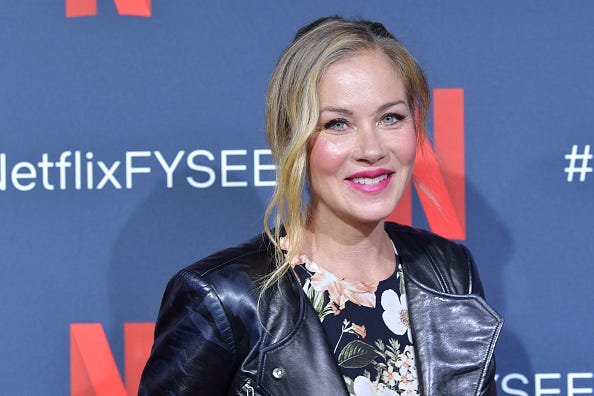 (KROQ) - Monday night on "Jimmy Kimmel Live!," actress Christina Applegate revealed that she found out one of the shows she starred in, "Married With Children," was canceled from RADIO.COM'S KROQ show hosts, Kevin & Bean.

"I actually learned that we were canceled from the radio, but not firsthand. Someone was listening to Kevin & Bean...Kevin & Bean knew before me," she reveals in an interveiw to Kimmel. "They said something and then someone I knew had heard it on Kevin & Bean and then called me to tell me that the show was canceled," said Applegate.

"So you got the bad news from Kevin & Bean?" quipped Kimmel. "Is it too late to put a finale together?"

"Married With Children" is a sitcom that ran from 1987 to 1997 and starred a young Applegate as Kelly Bundy, the oldest child of the sitcom's famed family.

Check out some of our favorite Kelly Bundy moments below!