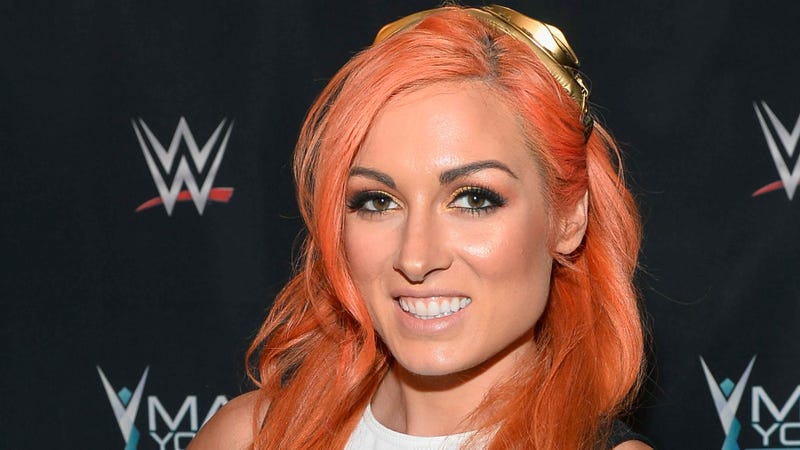 (106.7 The Fan) WWE superstar Becky Lynch is nothing if not consistent when discussing the outside influence of mixed martial artists on professional wrestling.

"Ronda Rousey came in with a lot of equity and she's an incredibly natural athlete," Lynch told 106.7 The Fan's Chad Dukes on Monday. "But this isn't her domain, this isn't what she's obsessed about for years and years and years. It's what I have. So, for me, it was a matter of saying, 'OK, yeah, you're naturally gifted. Yeah, you're born tough. But that's not nearly as impressive or long-lasting as being made tough.'

"Because I know I'm not the smartest, I'm not the fastest, I'm not the most athletic, but, my God, I am the hardest working and I obsess about it more than anybody. So my goal was to take that championship she was holding hostage, and free it and defend it, and give it to somebody -- me -- who loves this business more than anything."

Lynch dealt Rousey, the former UFC champion, a devastating defeat at Wrestlemania 35 last month in a triple threat match also involving Charlotte Flair. It was the first time a women's match served as the main event at Wrestlemania. It was a coronation for Lynch as she captured the Raw Women's Championship from Rousey and the SmackDown Women's Championship from Flair. Rousey hasn't wrestled since.

Now, Cris Cyborg of UFC is trying to tempt Lynch into a match.

"So yeah, if Cris Cyborg wants to work, if she wants to get training, if she wants to pay her dues, then by all means," she continued. "But if she thinks that she can step from an MMA world into my world, well then, that's a whole different kettle of fish. No less than if I just went into her field without any proper training in that field. This is a different sport, and this is a different grind that not everybody is able (to do)."

Asked what it would take to get UFC star and Irish countrymana Conor McGregor to come over to WWE, Lynch replied, "I'm not sure. I'm not sure what the future holds for Conor. But, like I said, again, if he wants to work for it, by all means. Come on, Conor, I'll give ya a little bit of training. I'll show you the ropes."