CHICAGO (WBBM NEWSRADIO) -- Several thousand protesters gathered in Union Park on Chicago’s Near West Side before taking to the streets in a march that stretched for blocks.

The march began as a rally, where several speakers and organizers from Activate Chi took to the stage to demand racial injustice toward Black lives end, the defunding of the Chicago Police Department, criminal prosecution of recent murders and more.

"All lives cannot matter until Black lives matter," a speaker told the crowd, which is one of the largest protest gatherings so far this week.

The event, called the Chicago March of Justice, invited speakers to share poetry, motivational speeches and list off demands while in the park. The group chanted "Defund the police, and "White silence is violence," along with several signs speaking out about racism, police accountability and the power of love and unity.

The organizers of the march are demanding the following:

- Criminal prosecution of all officers involved in the murders of George Floyd, Breonna Taylor, and Tony McDade.
- Firing and criminal prosecution of all CPD officers who exercise excessive force against protesters.
- Release and pardon of all arrested protesters in the custody of the CPDResumption of CTA services during protests and the removal of the city-wide curfew meant to silence peaceful protesters.
- Defunding of CPDFull access to the FOP contract renegotiation - which currently allows cops to murder black people with no fear of repercussions.
- Creation of a Civilian Police Accountability Council (CPAC) 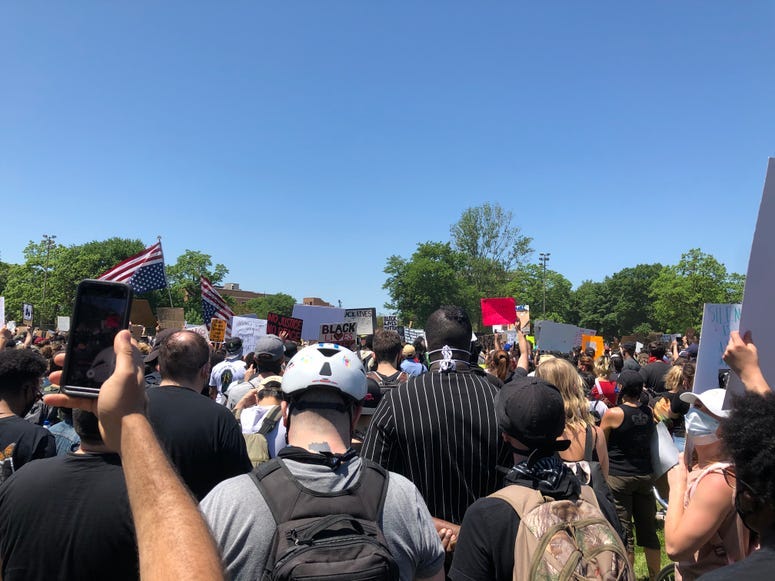 Photo credit Thousands gathered at Union Park starting at 11 a.m. for a massive protest event that is marching for racial justice, police defunding and more. (Provided)

After a few hours in the park, the crowd took to the streets and began the march, starting on Ashland Avenue, turning west on Division Street to Lake Street and Clybourn Avenue, which are all closed for the protest. Lake Shore Drive from 31st to Fullerton is also closed and downtown remains shut down for "safety," according to the city. Lightfoot’s 9 p.m. curfew is still in effect this weekend, with Illinois National Guard soldiers enforcing street closures. 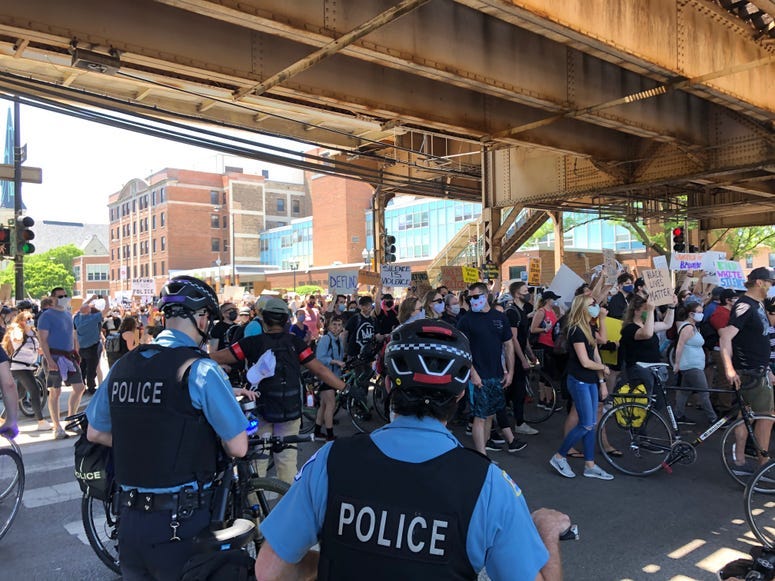 At Cabrini Green, organizers set up another stage and shared more speeches and chants, at which point an organizer told the crowd that it was 30,000 strong and "zero arrests."

"This is what democracy looks like," shouted the organizers for a call-and-response with the protesters.

The massive gathering is part of other protests happening around the world: Washington D.C., San Fransisco, Berlin, Sydney and other cities are taking part in the movement.