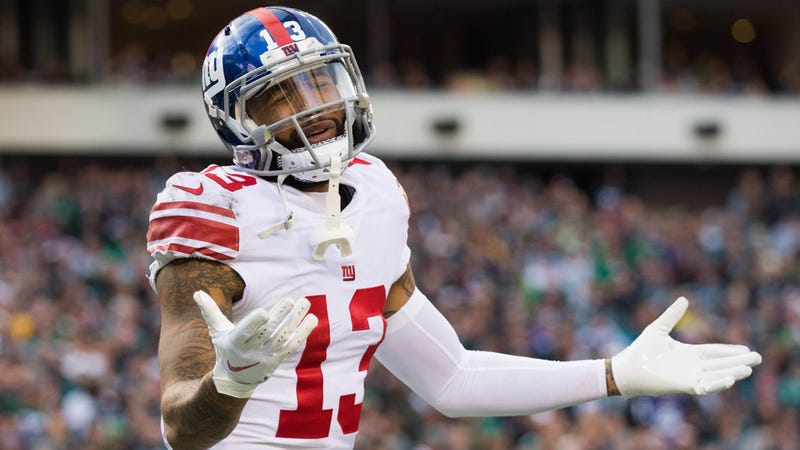 Asked for a bold prediction in a mailbag piece published Wednesday by The Athletic, plugged-in NFL insider Glazer wrote: "I predict Odell Beckham Jr. gets traded this offseason."

Host Boomer Esiason speculated Glazer could be acting on a tip from Beckham or someone in Beckham's camp.

"Because that's who Jay Glazer hangs around with: He hangs around with the players and he works them out at his gym and everything else," Esiason said in the opening segment of Thursday morning's show. "Obviously there's that group out there in (Los Angeles) that is all there, they're all talking, they're all speculating, and I wouldn't be surprised if Odell mentioned something to him or said something to him: 'I gotta get out of New York, it's not working there anymore' or whatever.

"He could be pulling an Antonio Brown but not nearly as public as Antonio Brown," Esiason added, referring to the Pittsburgh Steelers star -- a friend of Beckham's -- who recently made a trade demand.

"Isn't that cryptic, passive-aggressive language on social media that where he is now is different and better than New York?" Giannotti asked.

If Beckham wants to play in Los Angeles, Esiason pointed out the Rams and Chargers don't fit as trade destinations. Plus, Giants general manager Dave Gettleman said last month of possibly dealing Beckham, “We didn’t sign him to trade him.”