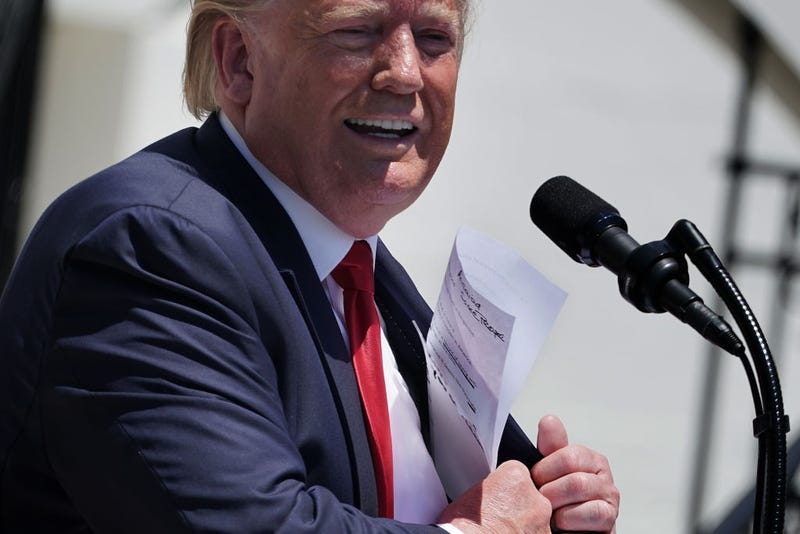 (1010 WINS) -- President Trump signed to extend the 9/11 Victim Compensation Fund during a ceremony in the Rose Garden on Monday.

The fund was created to provide compensation to anyone who suffered physical harm or was killed as a result of the terrorist-related aircraft crashes or the debris removal efforts that took place in the immediate aftermath of those attacks and was set to run out in December 2020.

Congress voted to approve the legislation that would replenish the 9/11 victims compensation fund permanently.

The Senate also voted last week by a count of 97-2, with just Sens. Mike Lee and Rand Paul voting no, while the House passed the bill earlier this month, 402-12.

Comedian John Stewart and dozens of first responders had lobbied on Capitol Hill, urging Congress to vote in favor of making the fund permanent.