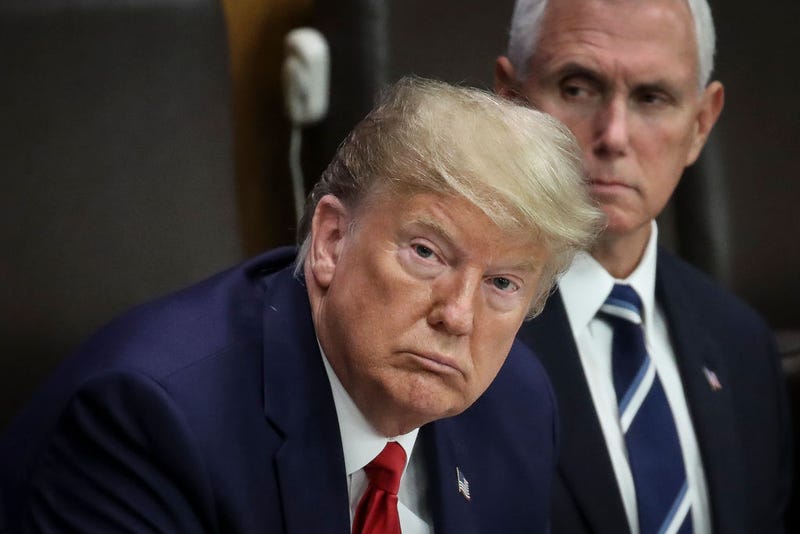 LISTEN NOW to KNSS to hear President Donald Trump speak at his "Keep America Great Rally at the Target Center in Minneapolis, Minnesota.

President Donald Trump's campaign said a rally in Minneapolis will go ahead as planned on Thursday after it threatened a lawsuit over the city's effort to recover $530,000 in security costs.

The dispute erupted late Monday when the campaign accused Mayor Jacob Frey, a Trump critic, of trying to sink the rally. Frey called the costs reasonable and said he had a duty to protect taxpayers.

The campaign said the city sent the security cost estimate to Target Center's operator, AEG Management, which threatened to cancel its contract to host the rally if the costs weren't covered. Its law firm threatened to sue AEG if the rally doesn't proceed.

Trump attacked Frey on Twitter on Tuesday, writing: "Someone please tell the Radical Left Mayor of Minneapolis that he can't price out Free Speech. Probably illegal!"

His campaign said the "bogus security charges" are an attempt to prevent Minneapolis residents from supporting Trump. And they contrasted them with what they said were much smaller charges for a 2009 event by then-President Barack Obama in the same building.

"The radical leftist mayor of Minneapolis, Jacob Frey, is abusing the power of his office and attempting to extort President Trump's re-election campaign," Trump's campaign said in a statement.

The rally, Trump's first since the House moved toward impeachment over his handling of a phone call with Ukraine's president, is in a state Trump nearly won in 2016 and has talked frequently of capturing in 2020. But it takes place in a traditionally liberal city and the home turf of a frequent foil, Democratic Rep. Ilhan Omar.