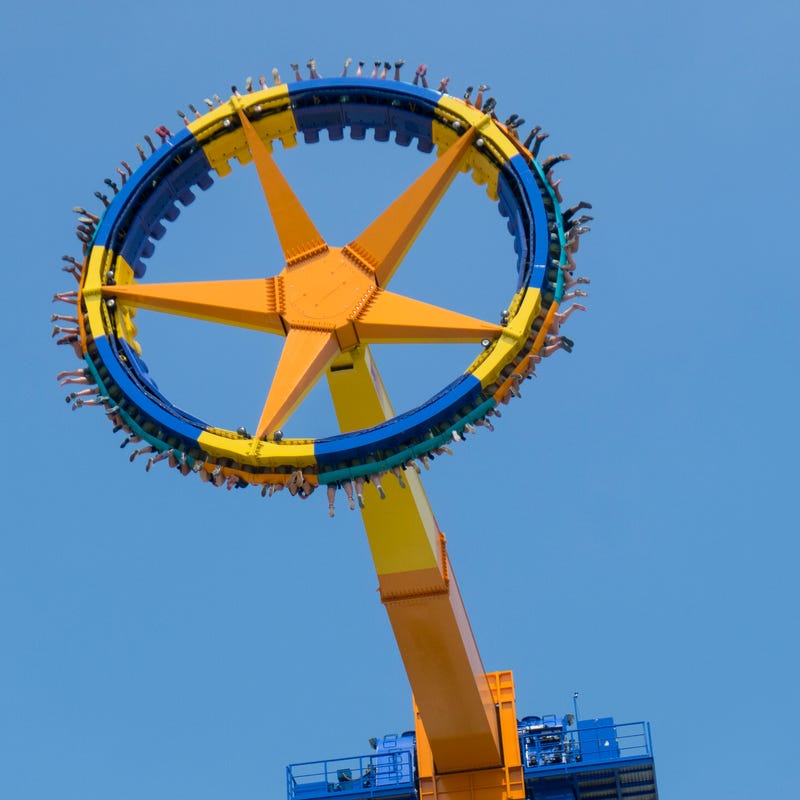 (KNX) - Two people died and 29 were injured after an amusement park ride broke apart in mid-air.

Park-goers were horrified as they watched helplessly as a cable snapped, and passengers were thrown to the ground on the Discovery pendulum ride at Kankaria Lakefront park in Ahmedabad, India.

Representatives of the superstar Amusement Park were arrested and held at Maninagar police station.

"The ride works when the main shaft with seats at the circular end is counter-balanced by a weight. When the cable snapped, the welding along the shaft came off and the carriage also fell," an investigator told the Times of India in an interview,

The two riders who were killed were men in their twenties.