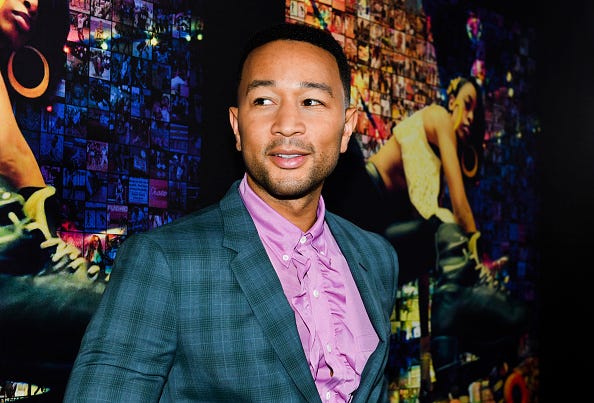 Maelyn Jarmon was able to rise above her country-singing competitors last night and take the win for John Legend’s team on Tuesday night’s season finale of “The Voice.”

Jarmon, a 26-year-old with a powerhouse voice, is the first contestant to win from new judge John Legend’s team.

People reports that in a press conference following the show, Legend says, “I really love Blake and I’ve really enjoyed getting to know him this year.” However, his love for Shelton didn’t stop Legend from humblebragging about his win.

When it came down to the final two contestants, Jarmon and Rigdon were all smiles and jitters as host Carson Daly began to read the winner. Legend immediately rushed the stage upon hearing Jarmon’s name for a celebratory hug and dance.

Jarmon stole the hearts of fans and judges alike during her blind audition and when she revealed her touching story soon after. Complications with tubes place in Jarmon's ears when she was just 2 years old caused her to lose all hearing in her right ear and 20% of it in her left.

The setback clearly hasn’t stopped her from owning and controlling her competition-winning voice.

Fan-favorite performances from Jarmon's time on the show include Leonard Cohen’s “Hallelujah,” Rihanna’s “Stay,” and her duet with Legend for a rendition of Nat King Cole’s “Unforgettable.”

Legend’s wife, Chrissy Teigen, took to Twitter with her witty reactions by saying, “This is the happiest I’ve ever seen John ever???”

this is literally the happiest I’ve ever seen John ever???? https://t.co/NNrwQWs4Se