Pakistani waiter, Rozi Khan, knew nothing about "Game of Thrones" until people started mistaking him for Peter Dinklage, the actor who plays Tyrion Lannister. Now, a normal day on the job for Khan consists of endless questioning and countless selfies with fans. 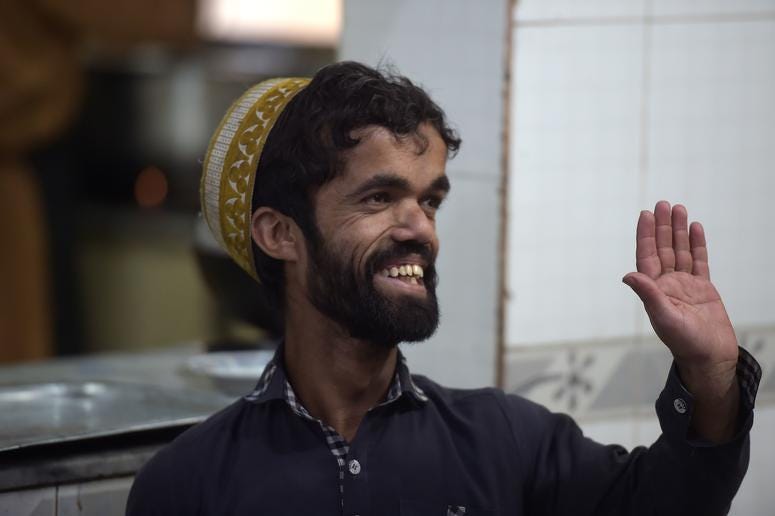 The two men share similar facial features, haircuts, and genetic conditions, resulting in an uncanny resemblance to one another. Some people could be put off by the sudden onslaught of attention, but Khan admits to The Associated Press that he actually really likes his newfound popularity, saying, "Those people, passers-by and relatives who used to laugh at me because of my short height now take selfies with me."

Khan spends his days working at a cafe in the city of Rawalpindi, serving traditional Kashmiri dishes. Thanks to his resemblance to Dinklage, Khan has gone on to star in a food delivery commercial, and hopes that other acting ventures are on the horizon. The possiblity of landing future roles could help to pull him out of his life of poverty.

Even if Khan's resemblance doesn't ultimately take him to Hollywood, he's happy that people like Dinklage are helping to end the stigma against people with forms of dwarfism. "Some men like Dinklage were blessed with fame by God. I am happy over his success," he adds.