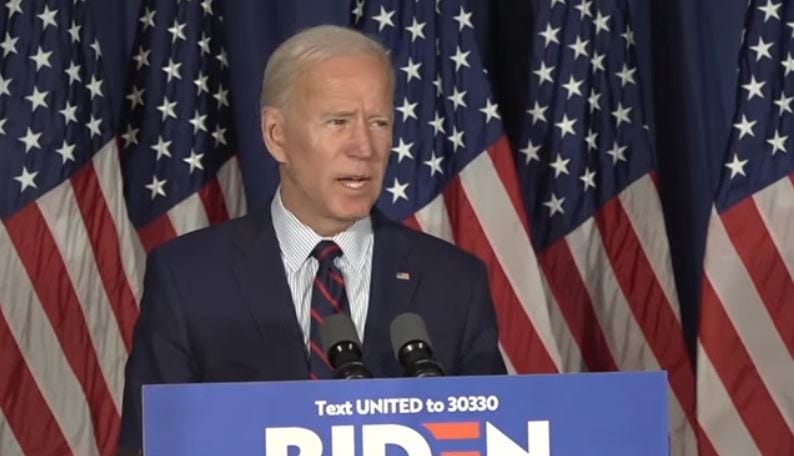 For the first time since calls by Democrats that President Donald Trump is impeached, former Vice President and Presidential candidate Joe Biden said in a speech that he agrees. "He should be impeached," Biden said.

Speaking at a town hall in Rochester, New Hampshire, Biden says the president "has violated his oath of office, betrayed this nation."

Biden said Trump is "shooting holes in the Constitution" by asking foreign powers to interfere in the 2020 election. Trump in a July phone call to Ukraine's leader had asked for "a favor" of investigating Biden and his son, Hunter.

House Democrats have begun impeachment proceedings against Trump based on a rough transcript of the July 25 telephone call.

Tuesday Trump announced that he will not comply with the impeachment inquiry, calling it an "illegitimate" impeachment probe.

White House Counsel Pat Cipollone writes in a letter to House Democratic leaders that their inquiry has processed in a "manner that violates fundamental fairness and constitutionally mandated due process" and "lacks any legitimate constitutional foundation" or "pretense of fairness."

The letter comes the same day Trump intensified his fight with Congress by blocking Gordon Sondland, the U.S. European Union ambassador, from testifying behind closed doors about the president's dealings with Ukraine.