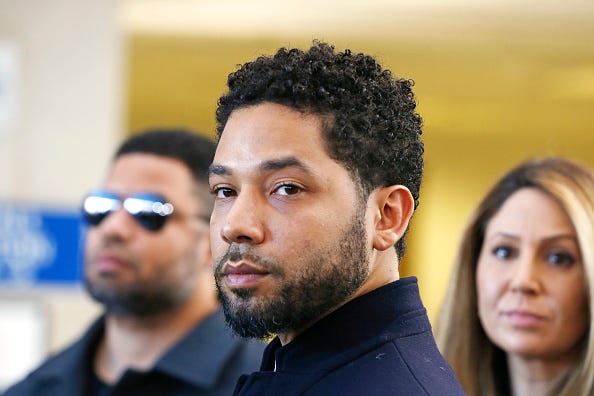 CHICAGO -- Chicago Police have released more than 460 pages of documents related to the Jussie Smollett investigation -- including some details previously unreported.

Police say Smollett claimed that, in addition to a threatening letter he received -- with white powder stuffed inside -- he also received a phone call, and a male voice made a homophobic remark.

This document release also suggests police believe Smollett was using at least one of the Osundairo brothers to procure drugs for him: cannabis, Ecstasy and possibly cocaine. Police concluded that payment from Smollett was "in fact not for training as captioned."

Also, the author of one police report wondered why Smollett initially told authorities he was attacked by at least one white man -- and Smollett later changed his description to "pale."

Smollett had been charged with making a false report. But prosecutors then dropped all charges against Smollett.