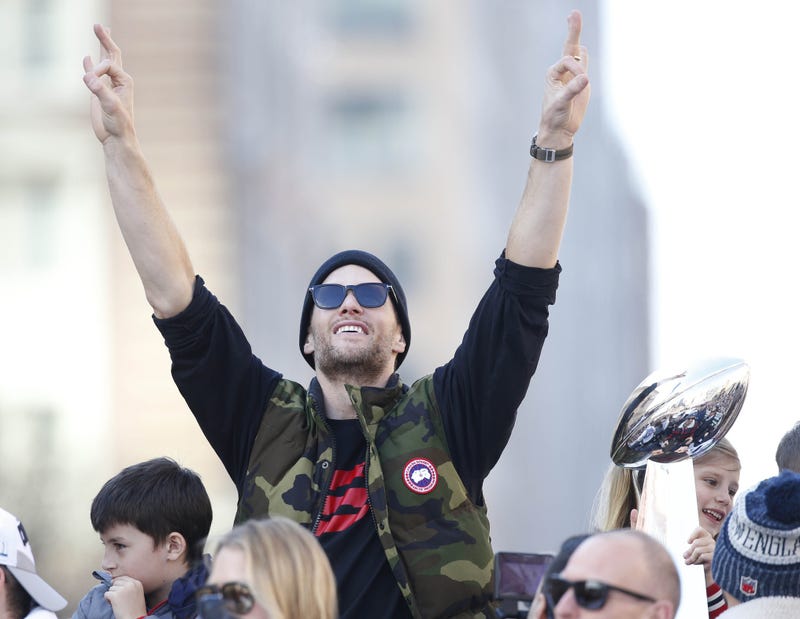 NBC analyst and former NFL backup QB Chris Simms recently felt the wrath of Patriot Nation - and most objective observers -- when he had the audacity (stupidity?) to rank Tom Brady as the ninth-best quarterback in football.

Now, NFL.com has put together a more in-depth ranking of the greatest quarterbacks in NFL history. Not surprisingly to most, Brady came in at No. 1 overall. TB12 earned the top spot thanks to his six Super Bowl rings as well as endless statistical landmarks. It all pushed him to GOAT status, one spot in front of his own childhood hero, former 49ers great Joe Montana.

But at least one former NFL defender disagreed with Brady's spot atop the NFL.com ranking. Former Chiefs, Texans, Ravens and Titans safety Bernard Pollard responded to the NFL's tweet of the all-time QB list, declaring that Peyton Manning, not Brady, should be No. 1.

Y'all crazy! Peyton is #1 no doubt! Can't go by rings. The things he did on two different teams are mind blowing. Tom Brady is clear cut #2. Tom has played in a system that works (no doubt he's been special), Peyton WAS the system.

Pollard brings a unique perspective to the debate, obviously having played against both Brady and Manning. He's also the guy whose hit on Brady sidelined him with a torn ACL for the entirety of the 2008 season.

After promoting Manning as the best quarterback in NFL history, Pollard passionately defended his position on Twitter.

I'm not a big stat guy. Do they matter,yes. But I'm don't too deep into them. Im going off of flat out best QB and it's Peyton. Peyton made mistakes but to my knowledge I've haven't seen him rattled. I've see Brady rattled a number of times. I don't have enough letters to explain

Apparently Pollard never saw some of Manning's postseason trips to Gillette Stadium with the type of anxiety Ty Law and company caused in the then-Colts leader.

Brady was the icing on the cake for the patriots. I'm not discrediting anything. All I'm saying is other QBs stepped under center and were successful. They left and were exposed. If Brady leaves (what if game) does he get exposed? We will never know. He has 6 rings and killing it

It's safe to say most Patriots fans, and most NFL on-lookers in general, will have to agree to disagree with Pollard. Manning was great and Brady is the GOAT, but apparently Pollard is celebrating his freedom of speech this Fourth of July week!