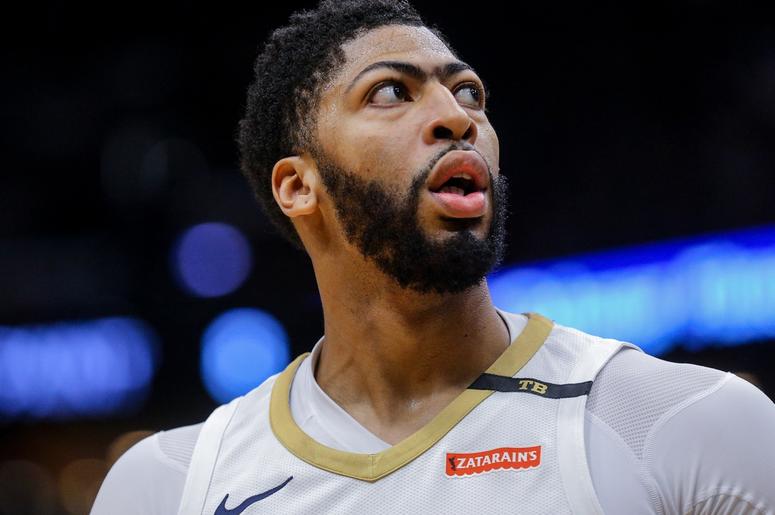 After it was originally reported that New Orleans Pelicans star center Anthony Davis had left the Celtics off the list of teams with which he would be open to signing a long-term contract, Davis offered a different message during media availability at All-Star Weekend.

He said the Celtics are on the list after all.

Anthony Davis is asked about the Boston Celtics not being on his list. “They are on my list.”

Anthony Davis was asked about the perception the Celtics were not a preferred destination. He then repeated several times: “They were never not on my list.”

Davis can become a free agent following the 2019-20 season, paving the way for speculation regarding the Pelicans dealing the All-Star this coming offseason. Trade negotiations between the Pelicans and Los Angeles Lakers collapsed prior to last week's deadline.

He did confirm that the rest of the list presented by ESPN's Adrian Wojnarowski -- the Lakers, New York Knicks, Los Angeles Clippers and Milwaukee Bucks -- was accurate.

Later, speaking on NBA TV, Davis said, “All 29 other teams are on my list,” Davis said. “I don’t have a preferred destination. Like I said, I just want to win. It could be a big market, small market. I don’t care. I want to win. Obviously whatever team I get traded to or play for that year or whatever, if I get traded, I’m not sure. I’ll make the best of it, and then when free agency comes, we’ll see what happens. I can’t tell the future, but all 29 teams are on the list.”