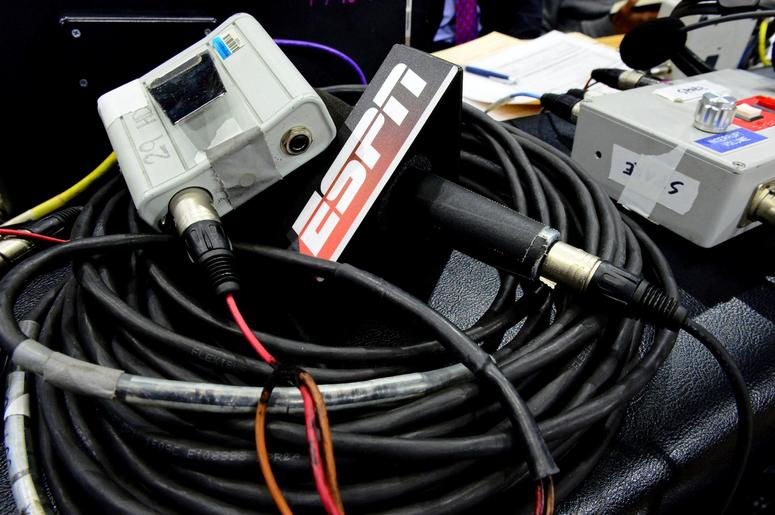 ESPN president Jimmy Pitaro has stabilized the iconic sports network since ascending to the top of the company last year. He says one of the lynchpins of his approach has been moving away from political coverage, and putting the focus back on sports.

In a recent Q&A with the Los Angeles Times, Pitaro says ESPN's core viewership doesn't want its personalities weighing in on the contentious political issues of the day. "Without question our data tells us our fans do not want us to cover politics," Pitaro explained. "My job is to provide clarity. I really believe that some of our talent was confused on what was expected of them. If you fast-forward to today, I don't believe they are confused."

ESPN's apparent emphasis on politics reached an apex from 2016-17, with Colin Kaepernick kneeling during the anthem -- and subsequent NFL blackballing -- and President Trump's disparaging remarks about protesting black NFL players being "sons of bitches." Other issues at the intersection of sports and politics, such as the contentious White House visits and Trump's feuds with various high-profile black sports stars, from LeBron James to the Ball family -- also dominated the network's airwaves.

While some of those topics are unavoidable, Pitaro ordered ESPN's anchors and commentators to tone down their partisan banter. He also cancelled "SC6," replacing the Jemele Hill and Michael Smith-led program with a more traditional version of "SportsCenter" at 6:00 p.m.

Year-to-year ratings for "SportsCenter," "First Take," and "Get Up!" all saw significant increases in April.

Disney president Bob Iger has also praised Pitaro's efforts and credited his success in improving ESPN's relationship with the NFL.

It would be wrong to place the bulk of the blame on ESPN's declining revenue and subscribers on its political perception. Most of ESPN's relative business woes are about the general state of television and rise of cord-cutting. The network also still features plenty of debate about highly charged social issues, such as when conservative Will Cain vigorously defended deceased singer Kate Smith on "First Take" last month amidst the controversy over her recently uncovered racist ditties.

But it's apparent ESPN was battling a perception problem. Pitaro has seemingly corrected the situation, and the improved ratings reflect that.