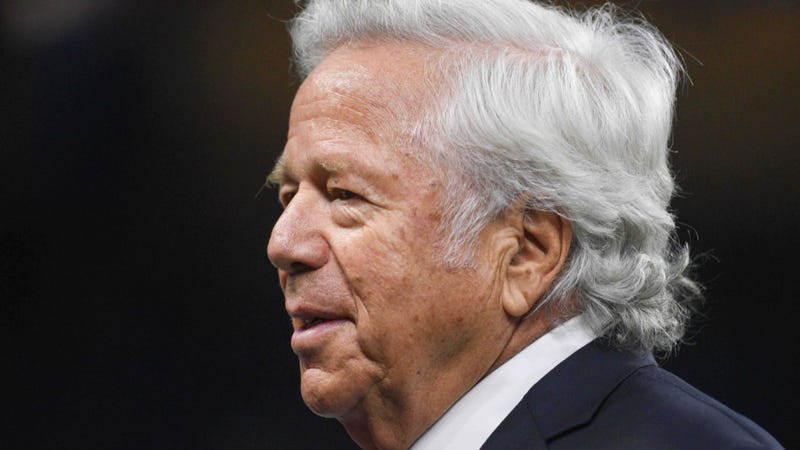 BOSTON (WEEI.com) -- New England Patriots owner Robert Kraft has been charged with soliciting another to commit prostitution in South Florida.

Speaking at a press conference Friday morning, Jupiter, Florida Police Chief Daniel Kerr named Kraft as being part of a human trafficking sting and said Kraft was caught on video on two occassions.

Kerr said there is a warrant out for Kraft's arrest.

“We categorically deny that Mr. Kraft engaged in any illegal activity," a Kraft spokesperson said in a statement. "Because it is a judicial matter, we will not be commenting further.”