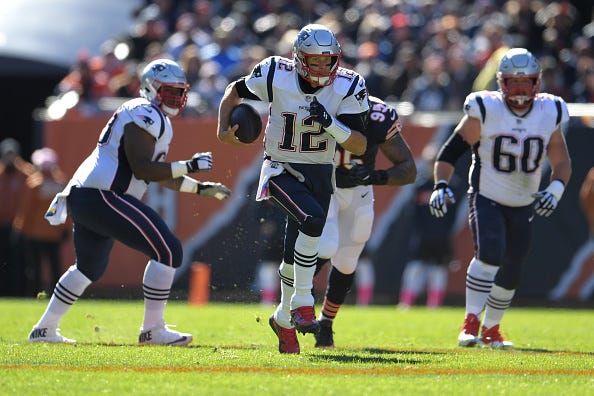 (WEEI) -- Tom Brady and his team are out to prove the quarterback's performance is improving with age and they found some more evidence in his speed.

A new video released on Friday shows Brady running a 5.17-second 40-yard dash, which is better than the 5.28-second dash he ran at the 2000 Scouting Combine.

Brady entered the league running 5.28 at the 2000 combine. He improved every part of his game since then. pic.twitter.com/wFP1VzlRe4

Meaning, according to this, Brady can run faster at 42 than he did at 22.

The Patriots drafted Brady in the sixth round of the 2000 NFL Draft. He has led the Patriots to six Super Bowl championships and is a three-time NFL MVP.