The last leg of the horse racing's Triple Crown plays out Saturday at Belmont Park on 1 1/2 miles of dirt.

With Las Vegas handicapping the Belmont Stakes, fans are given an idea of who should theoretically win the race.

But that isn't always the case. Here are five of the biggest long shots to win the Belmont Stakes:

Producing the biggest upset in the 150-year history of the race was Sarava. The win was so shocking that trainer Ken McPeek was only confident enough to put a $10 bet on his own horse, according to the Los Angeles Times. That ticket ended up being worth more than $900 following the major upset.

Carry Back was poised to take the Triple Crown following victories in the Kentucky Derby and Preakness, but the day way spoiled by Sherluck. The 65-1 odds against the eventual winner provided the biggest payout in Belmont Stakes history at the time.

Temperance Hill won two prep races preceding the Kentucky Derby in 1980 before taking down Derby champion Genuine Risk and Preakness champion Codex in the Belmont Stakes. Temperance Hill was named the champion 3-year-old of the year following the wins.

In addition to the long odds against Birdstone, the challenge seemed insurmountable because another horse on the track, Smarty Jones, was looking to complete the Triple Crown that day. Birdstone owner Marylou Whitney said: "We came to the Belmont Stakes to see Smarty Jones win and complete the Triple Crown. I just wanted my Birdstone to be in the money." But to her surprise, it was Birdstone's day to unseat Smarty Jones and take the Stakes by a full length. Birdstone's jockey, Edgar Prado, was the same man who rode Sarava to victory two years earlier. 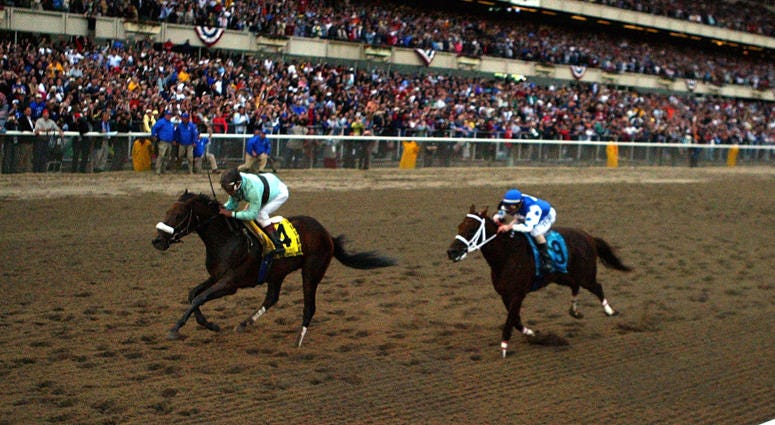