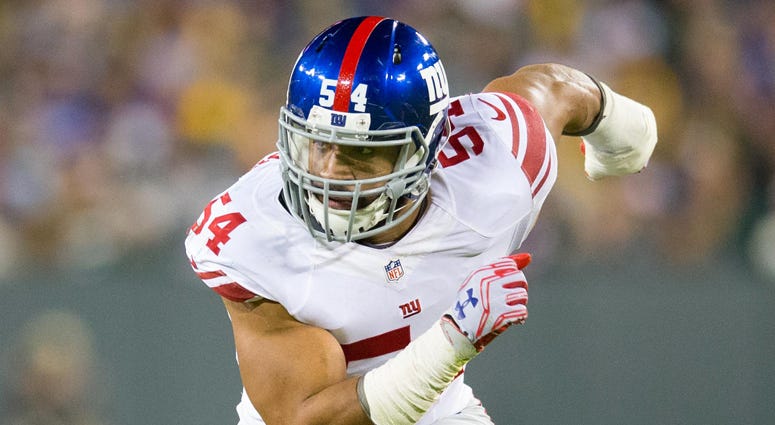 NEW YORK (WFAN.com) -- Three years after being the crown jewel of the New York Giants' free-agent spending spree, Olivier Vernon is on the move.

The Giants reportedly traded the Pro Bowl defensive end to the Cleveland Browns on Friday.

The Giants will acquire veteran guard Kevin Zeitler in the deal, according to multiple reports, and will send their fourth-round draft pick (132nd overall) to the Browns for their fifth-round pick (155th overall).

The Giants signed Vernon, formerly with the Miami Dolphins, to a five-year, $85 million contract in March 2016. In 39 games with the Giants, Vernon had 130 tackles and 22 sacks. He was selected to his first career Pro Bowl last season.

By trading Vernon, the Giants will have to eat $8 million toward the salary cap next season while saving $11.5 million.

Zeitler, who was traded on his 29th birthday, helps the Giants address what was arguably their biggest weakness last season: their offensive line. He has three years remaining on a five-year, $60 million contract. He is due to earn $10 million this season.

Zeitler was a first-round draft pick by the Cincinnati Bengals in 2012. When the Browns signed him as a free agent in 2017, Zeitler became the highest-paid guard in the NFL, though he has since been surpassed by the Dallas Cowboys' Zack Martin and the Jacksonville Jaguars' Andrew Norwell.

Vernon is just the latest big-name Giants defensive player to be sent packing since Dave Gettleman took over as general manager in December 2017. Others include defensive end Jason Pierre-Paul, cornerback Eli Apple, defensive tackle Damon Harrison and, just this week, safety Landon Collins, whom the Giants declined to franchise-tag.