(WFAN) -- The Rangers have acquired defenseman Jacob Trouba from the Winnipeg Jets in exhange for defenseman Neal Pionk and the 20th overall selection in the 2019 NHL Draft, the team announced on Twitter Monday night.

The 20th pick originally belonged to Winnipeg, but was traded to New York in the deal that sent Kevin Hayes to the Jets last season.

Trouba appeared in all 82 games for the Jets this past season, registering eight goals and 42 assists, along with a plus-eight rating.

The 6-foot-3, 203-pound blueliner is a true no. 1 defenseman, and at only 25-years-old, is entering the prime years of his career. 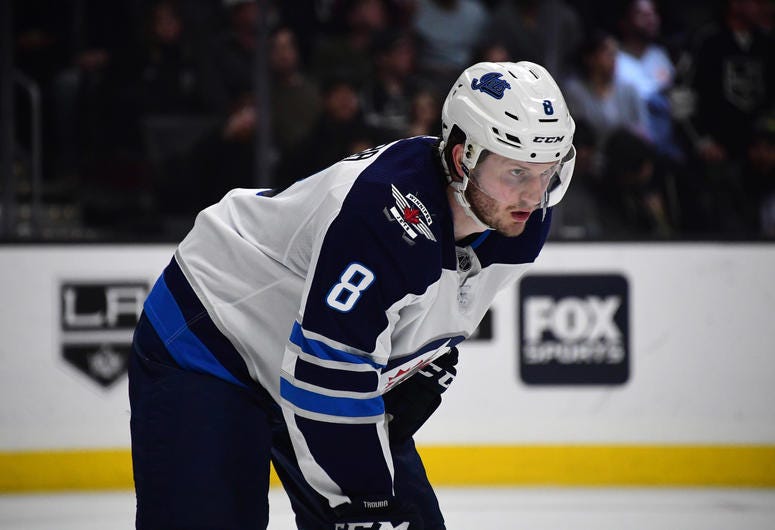 The defenseman is expected to seek a long-term deal with an average annual salary around $7.5 million.

In 73 games with New York, Pionk collected six goals and 20 assists, finishing with a minus-16 rating.