(WFAN) -- The Brooklyn Nets made the biggest splash in franchise history on Sunday with the acquisitions of Kevin Durant, Kyrie Irving and DeAndre Jordan.

While rumors have connected the Nets to the six-time All-Star point guard for several weeks, it wasn't until Monday that Irving took to social media to announce the reasoning behind his decision.

"In my heart, I always knew I wanted to play at home," Irving said in a video posted to Instagram.

The 27-year-old was raised in Montclair, New Jersey and grew up a New Jersey Nets fan.

In the video, Irving states that it has been a dream of his since he was in fourth grade, when New Jersey was playing in the NBA Finals, to play with the Nets.

"I wouldn't change anything about this journey," Irving adds. "It's brought me back here and that's home, and home is where my family is, home is where I want my legacy to continue. And I'm happy to be in Brooklyn." 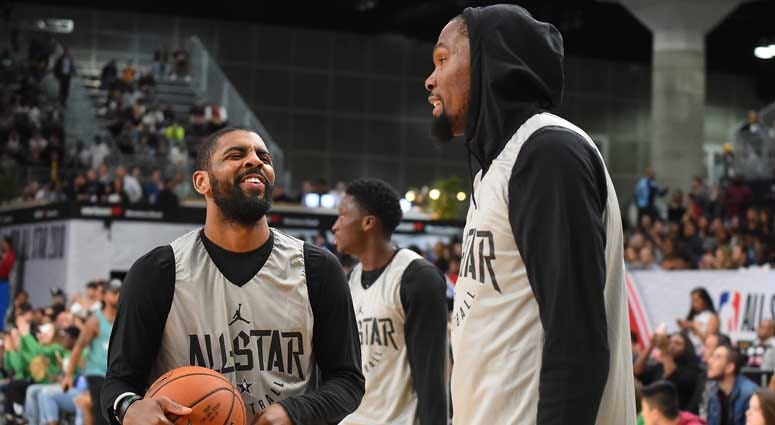 In addition to landing two of the biggest free agents available this offseason, Brooklyn was able to agree to a four-year, $40 million deal with veteran big man DeAndre Jordan.

Sean Marks would not have been able to come up with the money to pay Jordan without the cooperation of Irving and Durant, who both agreed to take $4-5 million less than the max annually to allow Jordan to make $10 million per year.

Despite reports about off-court concerns surrounding the All-NBA point guard, both the Nets and Irving are thrilled to have him in Brooklyn.