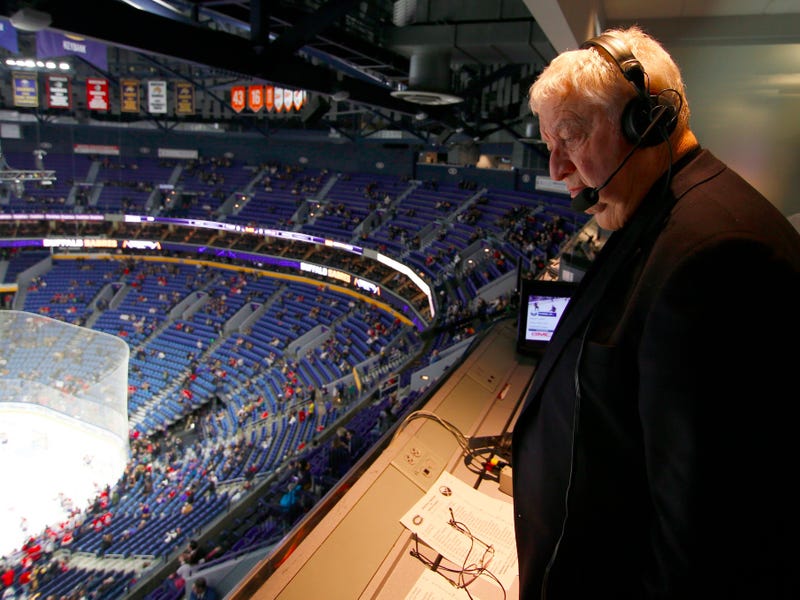 Jeanneret, 76, was taken from the press box by stretcher during the third period of the Sabres' victory over the Anaheim Ducks and transported to the hospital. Jeanneret was responsive before getting onto the stretcher.

Jeanneret is "resting and doing well," according to a statement from the team Sunday morning. The Sabres did not reveal the reason why Jeanneret was hospitalized.

The statement added, "Rick looks forward to being back in the booth after the break." The Sabres resume play Dec. 27 on the road against the St. Louis Blues. Their next home game is Saturday against the Boston Bruins.

Jeanneret called the first two minutes of the third period Saturday night before the broadcast went silent for about 20 seconds and color commentator Rob Ray took over the play-by-play.

Jeanneret has done play-by-play of Sabres games since 1971, the longest tenure with a single team in NHL history.

By Nick Hamilton with AP