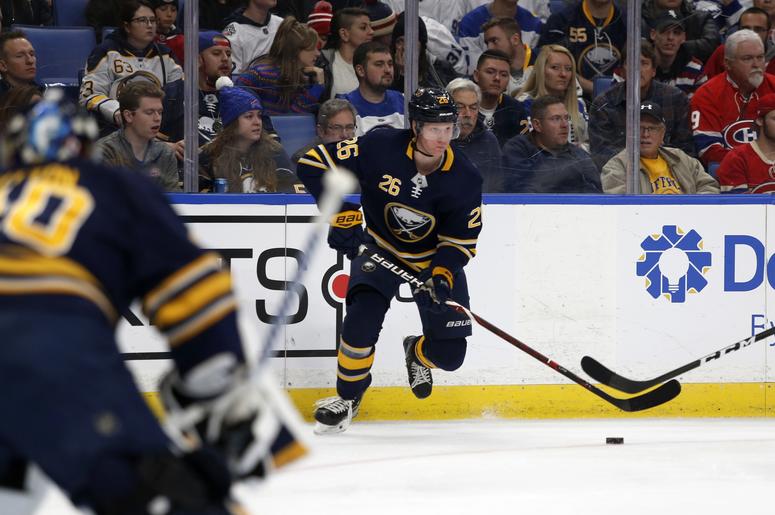 This is so nutty.. with the win and some help tonight, the Buffalo Sabres could have the most points in the NHL.

No team that finished the previous season with the worst record has ever had the most points OUTRIGHT after 25 games. (H/T @EliasSports)

The Sabres' run is the best in the NHL since the Columbus Blue Jackets won 16 in a row from Nov. 29, 2016, to Jan. 3, 2017. The Sabres will have a chance to set a new franchise-long winning streak when they begin a three-game road trip on Thursday against the Tampa Bay Lightning.

Skinner capitalized on a loose puck in the offensive zone to score nearly two minutes into overtime for the victory. Buffalo had all three shots on goal in the OT. Skinner's 19th goal of the season was unassisted.

Rasmus Ristolainen gave the Sabres a 1-0 lead with just over five minutes to go in the second stanza. Ristolainen helped steal the puck away in the defensive zone and took a pass at his own blue line before breaking towards the net and scoring. Tage Thompson made the pass to help create the goal. Thompson and Kyle Okposo were given the assists.

The Sabres increased their lead to 2-0 after killing off a penalty. Soon after, Nathan Beaulieu tapped home a Sam Reinhart cross-ice pass to double the lead. Casey Nelson helped create the play by making the initial pass in the defensive zone. Reinhart and Nelson were credited with the helpers on the goal.

San Jose clawed back with a goal nearly halfway through the third period to make it 2-1. Joe Pavelski slammed home a Brent Burns pass, giving the visitors life. The Sharks' captain scored again about five minutes later to tie the game at 2-2. Pavelski was able to use a wrap around move while on the power play to score his 15th goal of the season.