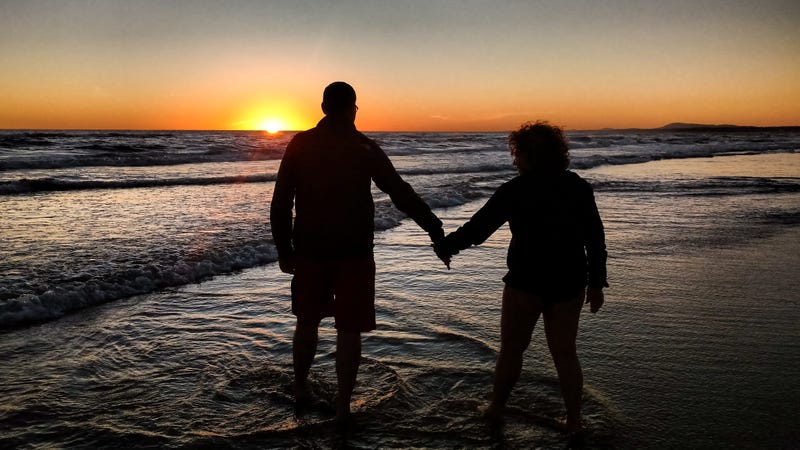 An Auburn, California couple never would have imagined that their meeting online would result in a perfect match.

A husband and wife in Auburn can now say with certainty they are the perfect match -- in more ways than one.​ https://t.co/DinZuuSGxf

What Lisa didn't know about Dan, 30,  was that 10 years prior to their meeting, he'd been diagnosed with a kidney issue related to an attack of gout in his 20s. Dan says he knew his kidney would give him serious problems in the future, but not until his 50s or 60s.

But, all that changed.

Around the time Dan met Lisa he went on dialysis and was desperate for a kidney donor.

Lisa had herself tested, and then miracle of miracles, she turned out to be a match. The odds were one in 100,000.

"It's like being next to a stranger on a train, matching them and then also falling in love on top of it, you know," Lisa told FOX40. "There was like this sense that it was going to work."

On August 22, Lisa's kidney was transplanted into Dan's body at UCSF Medical Center.

The couple now encourages others to consider organ donation.

"There's a shortage of donors that are out there right now and there's a number of people that are in kidney failure. And dialysis is not a fun thing,” Dan said. "On a live donor they can get 10 to 20, sometimes 30 years if the match is really good."