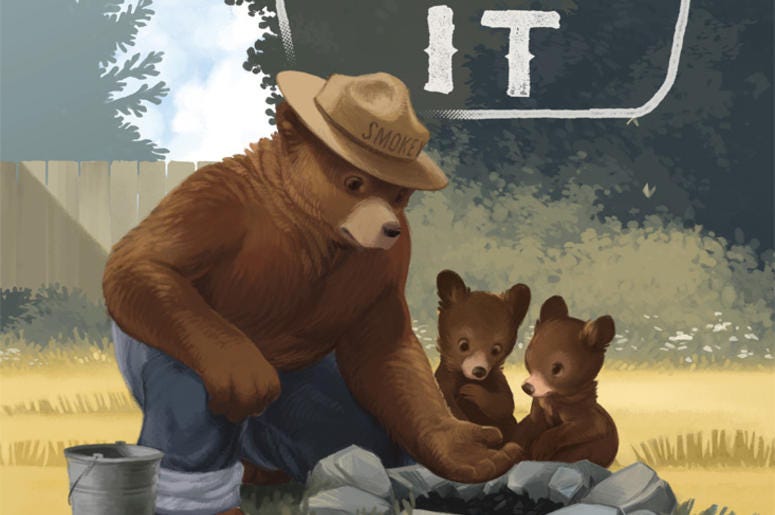 (Connecting Vets) -- "Only you can prevent forest fires."

It's a message we've spent our whole lives hearing and hopefully obeying.

But, did you know that without World War II Smokey Bear may never have been created?

A couple of events in 1942 helped bring the iconic preventer of wildfires to life, explained Maureen Brooks, a wildfire prevention specialist with the National Forest Service.

In the wake of the Japanese attack on Pearl Harbor, firefighters flocked to join the military, meaning there were fewer men left behind to put out wildfires and protect America’s forests, a resource needed to keep our military mighty.

“The amount of lumber used for the war effort would have constructed 9.5 million average-sized houses,” said Brooks. “It was really important to protect our forest resources.”

The Japanese also lobbed shells into oil fields and launched thousands of balloons filled with bombs and Molotov cocktails along the West Coast in 1942, all in an attempt to set them ablaze, she said.

“These were tactics the Japanese were using so that we would have to use people and money to put out forest fires,” she said.

Enter the Wartime Advertising Council (known as the Ad Council today) which joined with the Forest Service and State Foresters to develop a forest fire prevention ad campaign.

“Out of this grew the Cooperative Forest Fire Prevention Program or CFFPP which still exists today,” Brooks said.

Human beings initially served as the spokespeople for the campaign, which had as one of its slogans, “Careless Matches Aid the Axis.” 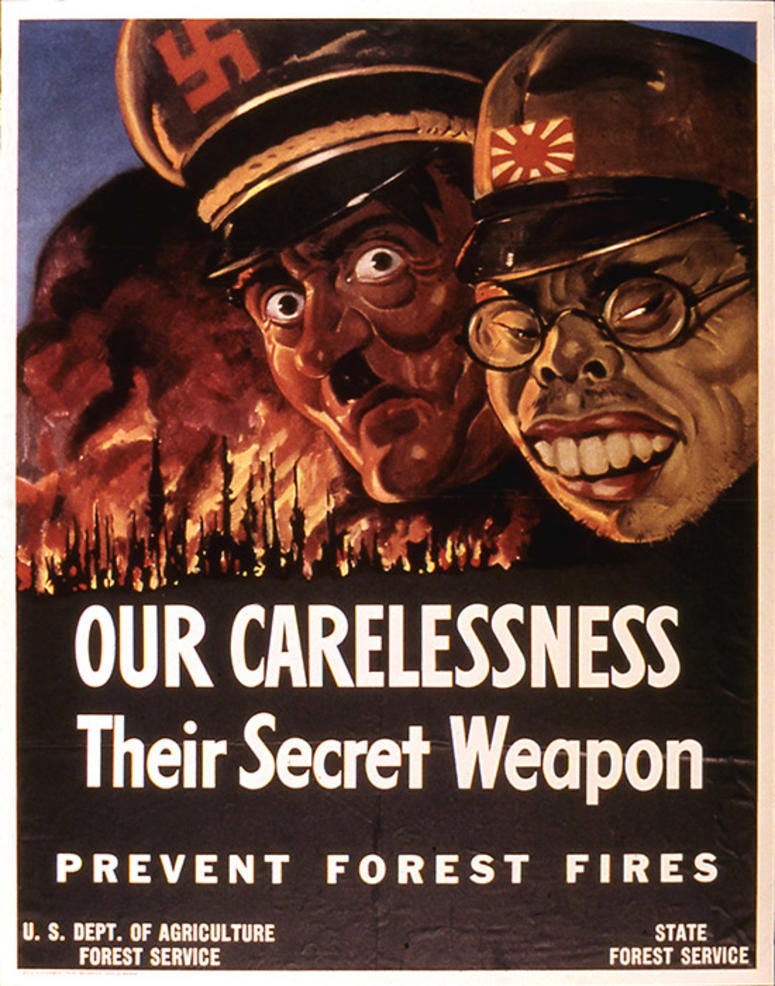 “Around 1943, animals began to be looked at as a symbol for the campaign,” Brooks said.

Walt Disney allowed Bambi to be used in the campaign for a year, but eventually, a bear was settled on to deliver the important fire prevention message. 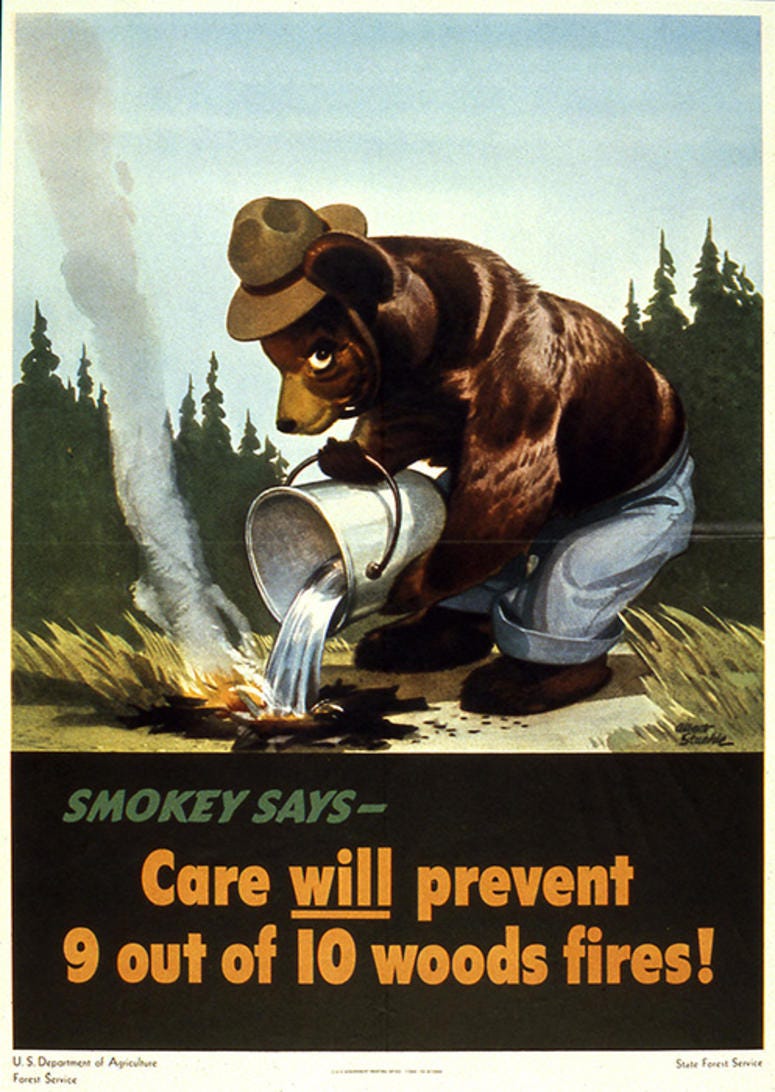 “This is the longest public service campaign in history,” said Brooks. “It continues today."

Celebrating Smokey’s 75th birthday began on Jan. 1 at the Tournament of Roses Parade in Pasadena, California and will end with his appearance as a high-flying balloon in the Macy’s Thanksgiving Day Parade.

The Forest Service is undertaking several projects throughout the country to mark Smokey’s birthday. Among them is a new exhibit at the Smithsonian National Zoo in Washington, D.C. which examines when there was a real-life Smokey Bear in residence.

“We have videos that we’ve developed for it that will roll out during National Wildfire Prevention Week the first week in October,” she said.

To learn more about Smokey and his 75th birthday visit https://www.smokeybear.com/en