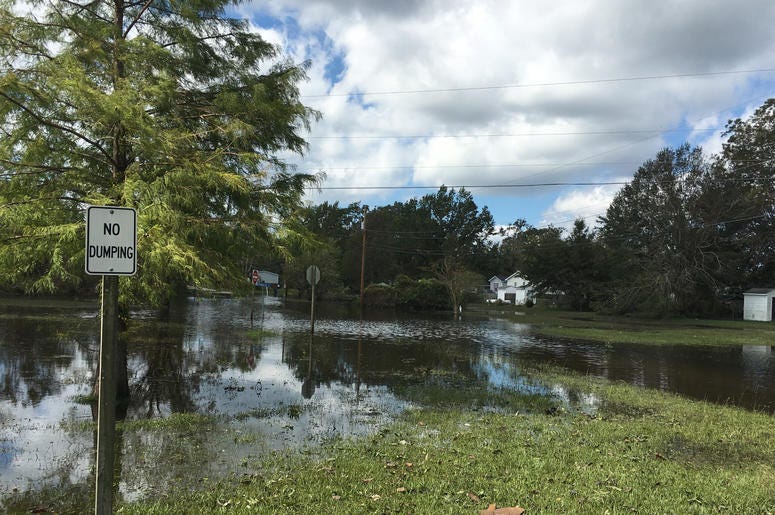 NEW YORK (WCBS 880/AP) -- The nightmare from Hurricane Florence is not over in the Carolinas.

A week after the storm, people are still living on cots and wondering when they will be able to return home.

But there are some good stories to share and WCBS 880 reporter Mike Smeltz found one in Chapel Hill.

It was an agonizing few days for Ralph Wooten who was forced to evacuate his home in Maysville, NC ahead of Florence, and in all the panic he lost communication with his adult daughter who stayed behind to ride out the storm, Smeltz reported

When Smeltz spoke to Wooten on Sunday, he said he had not heard from his daughter since she left a message on his answering machine on Thursday.

Smeltz went back to the shelter on the campus of UNC where Wooten was staying to see if he had heard from his daughter, and Wooten delivered the good news: yes he had!

She called and left a message on the cell phone of a friend of Wooten's, Smeltz reported.

"I hurried up and got to the phone when he said she called. I was worried the whole time, believe that," Wooten said.

Many roads are still flooded a week after Florence slammed into North Carolina.

Route 501 in Durham. It's a river of water between exit signs, road blocked off pic.twitter.com/GyEve7WQeM