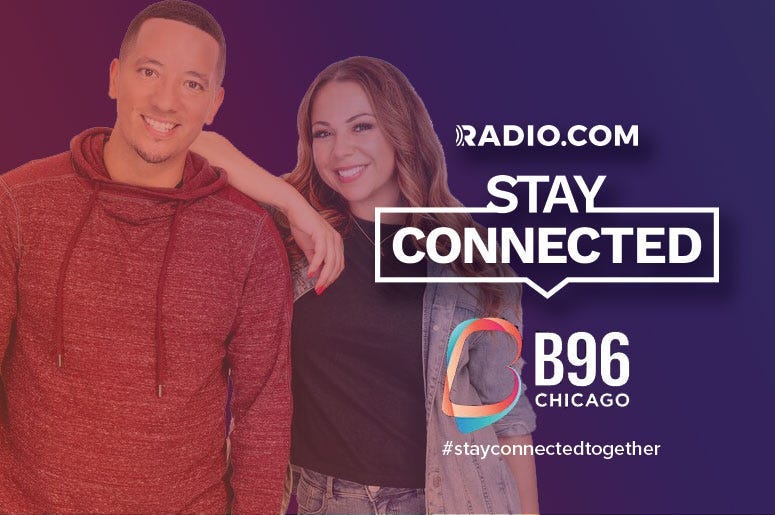 Gabe & Nina's 6 @ 6 - A man went missing for months and someone finally found him.. on someones counter... as a decoration. Gabe & Nina share the chilling details about this story on the 6 @ 6.

Throwback Trivia - Corpse Bride was released in 2005, the man character, Victor, is voiced by a very well known actor. You've seen him in "Charlie and the Chocolate Factory" and "Pirates of the Carribean". Who is the actor ?

Gabe's Silk Pillow Update - Gabe slept on some silk sheets and pillow cases last night, but did they improve his sleep?

Baby Daddy Check-In - It's honesty time on the baby daddy check-in, Gabe talks about the realities of having kids and why it's extremely difficult.

Wake Up Wars - Anoop has returned! The reigning wake up king joins Gabe & Nina to defend his title against Destiny.

Can you be in love in 8th grade? - When was the first time you fell in love? Tomorrow, Gabe & Nina are speaking to a mom and her daughter who have been having some issues about this question. The daughter is in 8th grade and claims to be in love, but the mom isn't buying it.

Lie Detectors - Lana thinks her boyfriend is lying to her about liking her haircut. Ever since she got her haircut, Lana's boyfriend has been acting very suspicious. What's his deal? It's up to the lie detectors to find out.

Dog Voices - Every dog owner has a voice they love using when they talk to their dog. What's yours sound like?

Nina @ 9:30 - Nina is adding some spice to your realtionship. According to science, shake up the way you kiss someone by doing it upside down. Nina puts on the white lab coat and goggles on today's Nina @ 9:30.