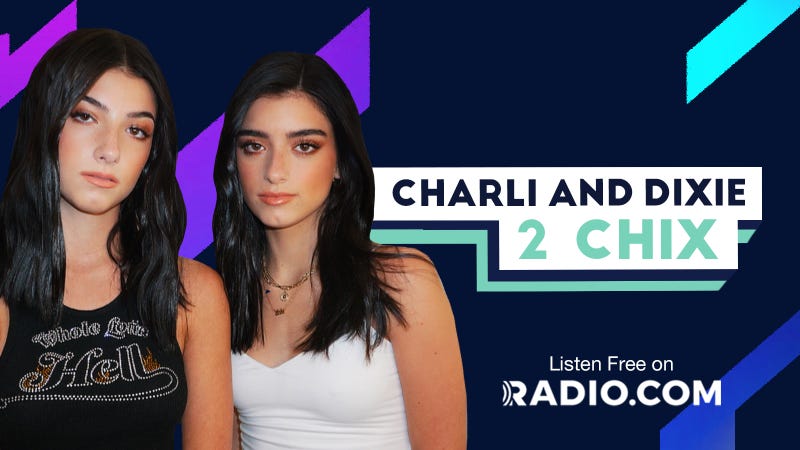 As many brands turn to star power for product promotion, Dunkin’ released the trendiest coffee collaboration to date with TikTok superstar Charli D’Amelio.

But while most millennials and Gen Z immediately made their way to the coffee chain to order “the Charli,” there’s one person who hasn’t yet – the self-proclaimed coffee-lover herself.

Charli made the revelation in the first episode of her podcast “2 CHIX,” which she hosts with her sister and fellow TikTok queen, Dixie.

The reason is actually pretty understandable; she explained that while she's had the signature drink before, she’s been too shy to order by its actual name.

"I haven't ordered it as 'The Charli' because I get nervous! I feel like they're going to make fun of me," the 16-year-old revealed.

However, that doesn't mean she hasn't enjoyed seeing other people grab the drink, which is modeled after her go-to Dunkin’ order. It consists of cold brew with whole milk and three pumps of caramel swirl. The sweet concoction also boasts a whopping 36 grams of sugar.

The Connecticut teen rose to fame in July of 2019 when she posted a side-by-side video of herself following the dance moves of another TikTok user. She’s since dominated the popular video app where she has accumulated almost 80 million followers.

Since becoming a viral sensation, she has appeared in commercials for brands like Sabra hummus, was tapped by Ohio governor Mike DeWine to encourage young people to practice social distancing, and danced with Jennifer Lopez during the Super Bowl.

The D’Amelio sisters teamed up with Ramble and Cadence13 to launch their weekly podcast, which will focus on the parts of their lives that are largely unseen on their social media platforms.

It will feature the people closest to them and a slew of special guests as they dissect the latest social media trends, talk about the things they love most, and whatever else is on their minds.

The podcast is available now on the RADIO.COM app.