If anybody embodies what the Christmas spirit is, it's this FedEx driver.

The unnamed driver was caught dancing, singing, and gyrating to the Mariah Carey classic "All I Want For Christmas Is You" while sitting in his truck, reported the New York Post.

His coworker filmed his performance and posted it on TikTok, where it has quickly gone viral. Others have found the video and quickly posted it to their social media accounts.

The user captioned the video, "We just have a good ol time."

It appears this unnamed driver is lifting the Christmas spirits of anyone who watches the video. One commenter wrote, "His whole vibe is what this world needs right now." Another wrote, “I just want to be friends with this guy so he can make me laugh."

His hilarious performance comes after Mariah Carey announced on Twitter that her Christmas special would be premiering on December 4 on Apple TV+. 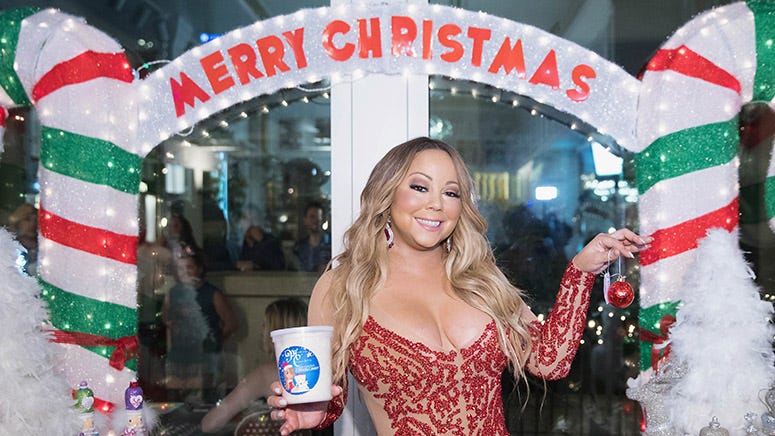 The singer is pulling out all the stops for this all-encompassing Christmas extravaganza, including a corresponding soundtrack with “brand new interpretations” of holiday classics. She’ll be joined by a slew of celebrity guests like Tiffany Haddish, Billy Eichner, Snoop Dogg and more. The track “Oh Santa!” features pop superstars Jennifer Hudson and Ariana Grande.

Ahead of the December 4 release date, Mariah posted an elaborate promotional poster depicting her atop a giant wreath, hanging decorations. “Let's get festive!!! 🎄” she captions. This one got us right in the Christmas feels.