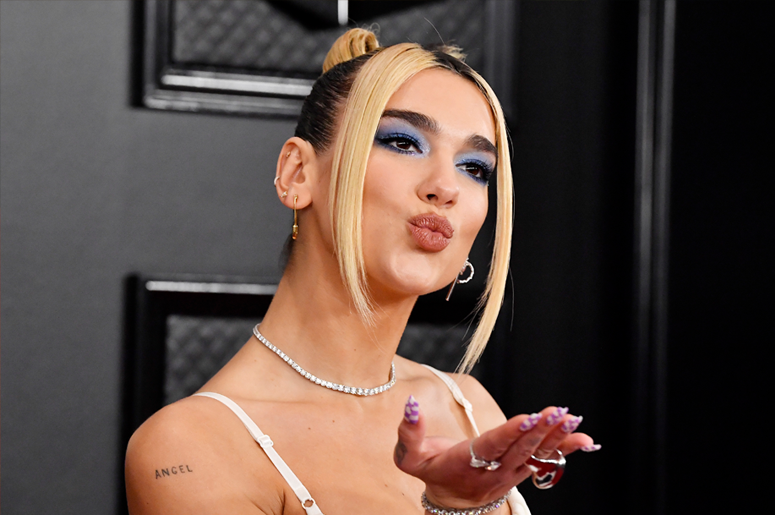 Discussing the long list of of her epic moments and achievements throughout 2020, Dua Lipa opened up to Rolling Stone about the drama that unfolded at the beginning of last year, after attending a GRAMMYs after-party at the Crazy Girls strip club in Los Angeles.

After footage of Lipa throwing money at dancers and putting bills in their underwear surfaced online courtesy of party host, Lizzo’s Instagram story, #DuaLipaIsOverParty began trending on Twitter, along with a barrage of backlash towards the popstar for being anti-feminist.

Nearly one year later, Dua is finally speaking out about the ordeal, noting that if anything, the strip club soirée was actually the opposite of anti-feminist. “I just feel like, if you’re a feminist, you have to also support women in all fields of work,” she told the outlet. Explaining, “we have to support sex workers, we have to believe that that [work] is their choice and their right.”

Making the most valid of points in regards to the event that warranted her previous criticisms. Dua went on to say, "It seems quite hypocritical, I think, people picking and choosing as to how they want to support women and when it suits them," she continued. "That’s another form of misogyny, which really derives from the male gaze.”

Despite the haters’ best efforts, Dua was anything but canceled. Some might even argue 2020 was miraculously her best year. Included on that long list of epic moments and achievements is the release of her iconic sophomore album, Future Nostalgia, followed by it’s dance club remix LP. A batch of music videos, a handful of which were animated. She even added a fur baby, named Dexter, to her family. We’d go on, but we don’t have all day.

WATCH MORE: 5 Things You Should Know About Dua Lipa