Eva Mendes took time off social media after her daughter called her out.

The “Hitch star” posted an Instagram post with some real parenting advice. The caption also provided a quote that is relevant to her personal life.

“Let your kids call you out. It’s not disrespect. It’s healthy,” the post said, originally from Twitter account Latinx Parenting. “Kids can be so fiercely aligned with their value that they will take nothing less than the respect they deserve. They will take no BS. Not even from you.”

“Congratulations, you are raising an empowered child,” the post said.
Mendes shared that this was an “important reminder” after experiencing a personal moment when one of her daughters told her that she was using her phone a lot.

“I haven’t posted lately because my little one told me I was on the phone too much,” Mendes captioned the post. “I could tell she was taking it personally. And she’s a kid, of course she’d take it personally. They take things personally unless we go out of our way to make it clear to them it’s not personal.”

The actress has two daughters, Esmeralda Amada, 6, and Amada Lee, 4, with Ryan Gosling.

She added that she had a good talk with her daughter and apologized while promising her that she would be mindful.

While Mendes shares personal details about motherhood, the actress has admitted that she has felt “mom pandemic guilt” while entertaining her children. 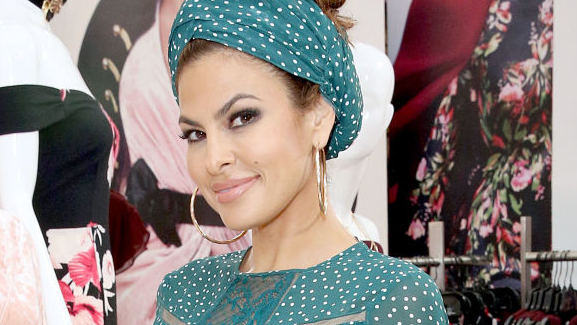 On Instagram, the actress shared a silly picture that was the result of a hilarious mom moment. Mendes explained that she allowed one of her daughters to cut up a Maria Callas record cover so that she could stick her face in through the hole.

“My little girl wanted to cut out Maria Callas’ face from the record cover,” Mendes captioned the post. "I quietly died a little inside but I quickly said yes,” she added.