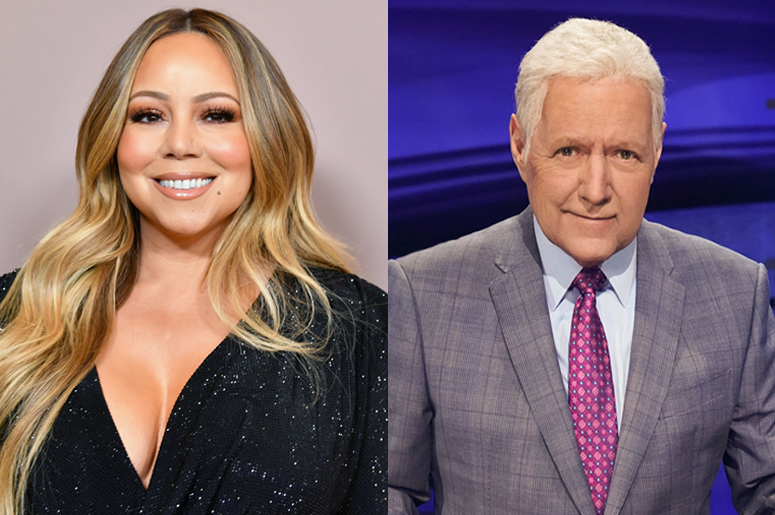 Mariah Carey clued us in on some Jeopardy! news, while mourning the loss of show host Alex Trebek.

The “All I Want For Christmas” singer took to Twitter to pay tribute to Trebek with the following kind words, "Saddened by the passing of our beloved Alex Trebek. He is a staple of American TV and will be so missed.” Additionally, Mariah disclosed that she will be a category subject on the iconic game show, noting that she “recently taped clues” to be revealed via video during the show and “will be watching this bittersweet moment ,” along with us. “Thank you, Alex. RIP,” she concluded the post. Trebek passed away on November 8, after a long battle with with pancreatic cancer.

The tweet also featured a short clip teasing the stars involvement with the show, "Hi, I'm Mariah Carey," she says. "How well do you think you know me? Find out when I present clues about my life and career on Jeopardy!.”

Saddened by the passing of our beloved Alex Trebek. He is a staple of American TV and will be so missed 😢 I recently taped clues for my category on @Jeopardy, and will be watching this bittersweet moment with all of you today. Thank you, Alex. RIP ❤️💔 pic.twitter.com/xefPFP8AlX