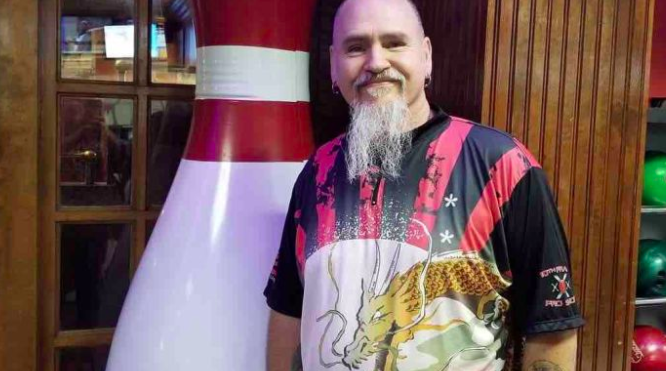 David March got coronavirus earlier this year, spent more than two weeks in a coma on a ventilator in the hospital, and had a five percent chance of survival.

March, a 51-year-old Hall of Fame bowler from Orange County, joined KNX 1070 News Tuesday to talk about his recovery and experience with the virus.

March said he realized he was sick at the end of March beginning of April. He recounted how he was sick, had a fever and other COVID-19 symptoms and then how his sister and brother took him to St. Jude's Hospital.

"They did a quick X-ray, checked my lungs and next thing you know they wheeled me upstairs. That was the last thing I remember. They put me into an induced coma on a ventilator for 18 days. I went in weighing about 255 pounds and after the 18 days of being on the ventilator, I lost 50 pounds when I finally woke up, I was about 205 pounds. I could barely lift my arms above my chest, muscle atrophy, very weak," March said.

He said he went into a rehab facility and transferred to St. Jude's advanced physical therapy rehab program and was discharged on June 24. He said he is now in St. Jude Neurological Rehab program, which he is doing twice a week.

March said he has to use a walker right now.

"My walking is the main thing right now - I walk with a walker. I am unable to walk on my own even though I've done a lot of therapy. It also gave me a small stroke which has affected the left side of my hands and feet. It's the walking it's one of the main things and I use a walker and I walk pretty much every night almost from my house down to the end of the street and back which is somewhere around 600 feet or so," he said.

March, who recounted he had underlying health conditions, said he doesn't understand how people don't think coronavirus is real.

LISTEN TO THE FULL INTERVIEW BELOW