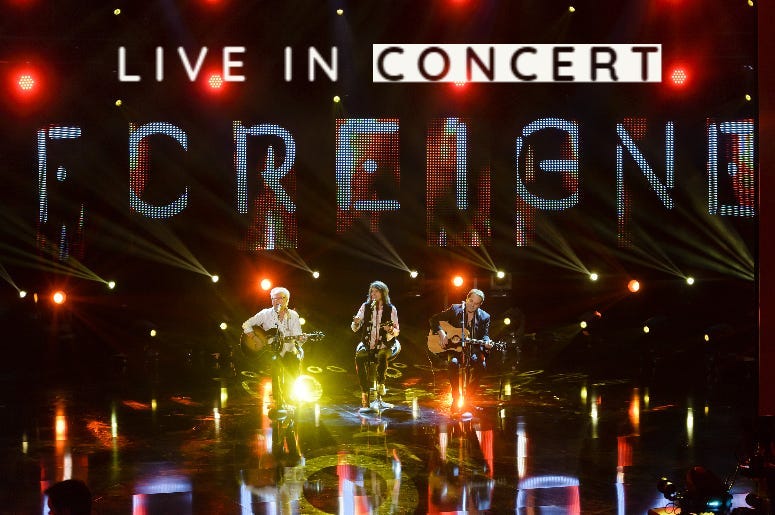 Concerts are back with Bayou 95.7!  Join us every Friday night for another classic concert from 10pm - midnight.

No cancellations here. Our concerts go on as planned. Live In Concert on Friday Nights feature legendary performances from the icons of Classic Rock.

THIS WEEK, FRIDAY SEPTEMBER 11TH, 10PM-12AM:  FOREIGNERLive from the Rainbow Theatre, London, England, April 27, 1978Foreigner co-founder Mick Jones says "1978 was an absolutely magical time for the band." And on this broadcast of Live in Concert, you'll get to hear exactly what he means. We're going back to Foreigner's early days. It was just a little over a year since they'd released their self-titled debut album, and everything seemed to be falling in place. The album remained in the top 20 in sales for a full year, and the band was selling out concerts everywhere they played, including this concert. It was captured live at the Rainbow Theatre in London on April 27, 1978. Of course, Foreigner played the monster hits from their debut album, but they also played some special new tracks for the audience. These tracks were among the very first live performances of material from their 2nd album, "Double Vision." Don’t miss this legendary performance by the original lineup of Foreigner on Bayou 95.7.
SETLIST:Long, Long Way from HomeBlue Morning, Blue DayHead GamesCold As IceDirty White BoyStarriderDouble VisionFeels Like the First TimeHot BloodedIt's Easy to Listen from Home. Here's how:

sports
Tom Brady shatters another record with sale of rookie card
i'm listening
Camila Cabello is a woman changing the world: 'I know better so I can do better'
sports
Ranking the best and worst NBA All-Star jerseys of past 25 seasons
music
The cast of 'Grey's Anatomy' ranked by net worth
music
Watch our RADIO.COM LIVE Check In with Silk Sonic featuring Bruno Mars and Anderson .Paak
news
WATCH: Thieves steal half-century-old dog painting from beloved bar