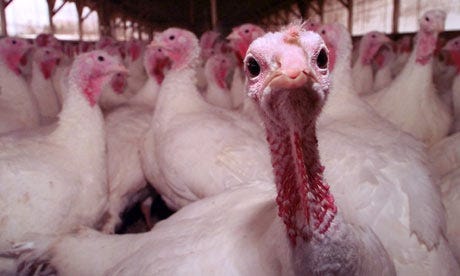 This might be the most legit Thanksgiving food ranking we've ever seen:  A new study polled 1,300 Americans on 42 different foods.  But instead of asking for their favorite, they did a series of one-on-one matchups. Each food went head-to-head, and people had to choose.  For example, "turkey vs. stuffing," or "mashed potatoes vs. gravy."  Then the researchers ranked them according to how many matchups they won.  Here are the top ten Thanksgiving foods.

Green bean casserole only won 57% of its matchups, and cranberry sauce won 52%.  But LAST place wasn't even close.  Tofu or Tofurkey only won 13% of its matchups.  No other food won less than 30%.