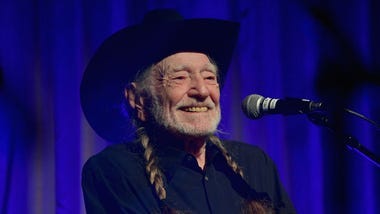 Okay, so this is a little weird, but hey, 2020, right?  And it's actually pretty cool. KAREN O from the YEAH YEAH YEAHS and WILLIE NELSON recorded a new cover of "Under Pressure". . . which was originally recorded by Queen and David Bowie, and released in 1981.Karen says, quote, "Our cover was meant to be more intimate but just as saturated with the power of love.  "I can't listen to this song without tearing up every time Willie comes in, one of the purest voices which of course reflects a pure heart, and I get to sing alongside it.  I hope the song brings as much light to the listener as it has to me in dark times."