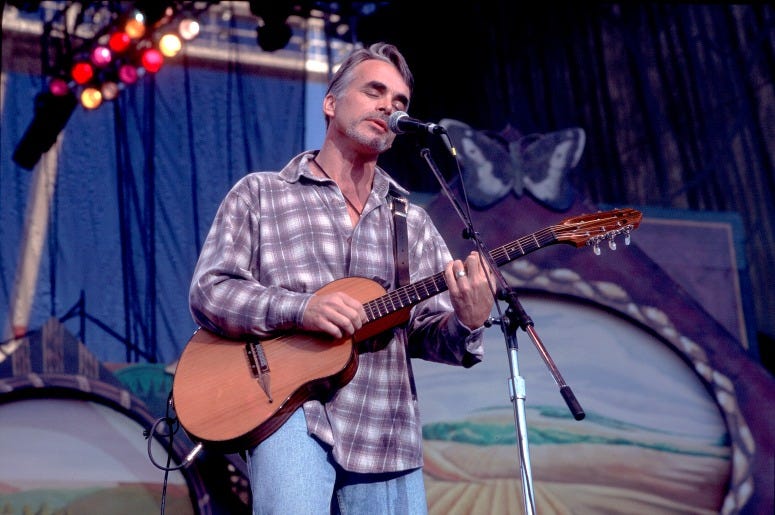 The singer’s wife revealed the sad news in a Facebook post, featuring a picture of Hal smiling into the distance. “With great sadness and grief we announce that Hal passed away peacefully last night at home due to complications of Dementia. May his music live on forever in your hearts and bring you peace,” she writes.

With great sadness and grief we announce that Hal passed away peacefully last night at home due to complications of Dementia. May his music live on forever in your hearts and bring you peace. Andrea

Family members have yet to release further medical information regarding his death. Ketchum netted seventeen singles on the Billboard Hot Country Songs charts and wrote classics like “Small Town Saturday Night,” and “Hearts Are Gonna Roll.” Ketchum was also a mainstay on the Grand Ole Opry stage, gaining membership back in 1994.

His career reached a watershed moment in the mid-1990’s with the Top 10 hit “Stay Forever.” Success rolled back after that time, as Hal failed to reach to such heights. He released seven more full-length albums through 2014, including Lucky Man and Father Time.

In April 1998, Ketchum was diagnosed with transverse myelitis, a spinal condition that caused temporary paralysis on his left side. It resulted in Hal needing to relearn the guitar. He retired in April of last year in a Facebook post written by Andrea.

“He has been battling this for some time now, but because of his love for his fans, he continued performing as long as it was possibe," she wrote. "Dementia is an exhausting and confusing illness and now it’s time for Hal to stay home with loved ones.”

Dear friends and fans of Hal, this is Andrea, Hal's wife. I know everyone is wondering why there are no future tour...

Many artists and celebrities have already posted tributes to the late legend:

Forever grateful for the beautiful art Hal Ketchum blessed us with.
Past The Point of Rescue is a legendary record.

Gotta be bad just to have a good time...

So sad to hear that Hal Ketchum has gone to live amongst the angels. We will miss you down here, Hal! He was such a talent and a dear soul. #riphalketchum

We are sad to hear about the passing of Hal Ketchum. Prayers for his family and friends. - Hazel and Charlie Daniels, Jr. 🙏