Finding a job is full-time commitment.

And it’s become even more difficult amid the coronavirus pandemic.

One way to stand out among all the other candidates is with a top-notch resume and cover letter.

However, one Reddit user MyNameIsFrank realized that his girlfriend’s CV had a huge typo on it, which was likely the reason she wasn’t getting hired for months.

The Redditor explained that three months ago, his girlfriend asked him to re-save her resume on her computer while she was at work.

"Simple right? Wrong..." he wrote. "Whilst saving said resume, her computer thought it would be funny to change the name header back to the profile user name. PRINCESS BANANA HAMMOCK, which was then shortened to Princess Banana Hamm due to spacing." 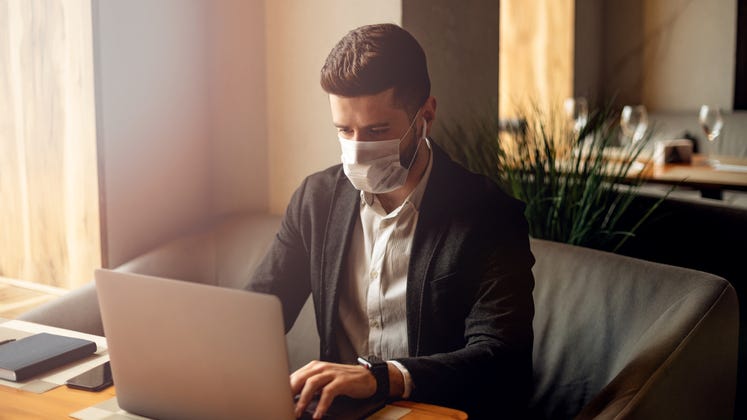 6 Tips for Job Hunting During the Coronavirus Pandemic

If that wasn’t bad enough, he added that neither of them noticed for months.

The user noted that one day, she opened the file to apply to a new job and saw the blunder glaring back at her.

"We both immediately realized why she hasn’t been getting called back for any interviews..." he explained.

He noted that his girlfriend was “not too impressed” with him, adding, “I’m not allowed to do anything on her computer for her ever again."

When some users questioned how no one noticed the misspelling, the user explained that the resume was “saved and forwarded in an email which was titled correctly, and from there it was attached to emails to prospective employers. The mistake was realized when she was updating her LinkedIn which opened said file for review.”

The spelling faux pas stirred up a debate between Redditors.

Some said that it was her fault for not “double checking her resume” each time she submitted it. "This is called not having ‘an attention to detail,” a user noted.

A fan of the TV show “Friends” had a more lighthearted approach and said the nickname reminded them of when Phoebe changed her name to Princess Consuela Banana-Hammock. Another was surprised that a recruiter who was a fan of the show didn’t flag it for being “clever” and trying to “stand out.”

Others chimed in saying it’s a learning experience and that the couple would laugh about it when she eventually landed her dream job.

However, it serves as an important reminder to double-check your resume, cover letter, and the file name before applying!