Dr. Anthony Fauci regularly gives sage advice on how to to stay safe during the pandemic, but he was a bit more direct with his words during panel discussion with other health experts Thursday.

While speaking at the Washington National Cathedral, he said the U.S.'s battle with coronavirus can't be compared to other countries because the country is so large and it's not an island.

"I was talking with my U.K. colleagues who are saying the U.K. is similar to where we are now, because each of our countries have that independent spirit," he said on stage. “I can understand that, but now is the time to do what you’re told.”

Fauci said scientists are being perceived as "authoritarian" by some of the public because of some of the coronavirus guidelines, such as wearing a mask and limiting public gatherings. Fauci said it's unfortunate science "has been lumped into politics." 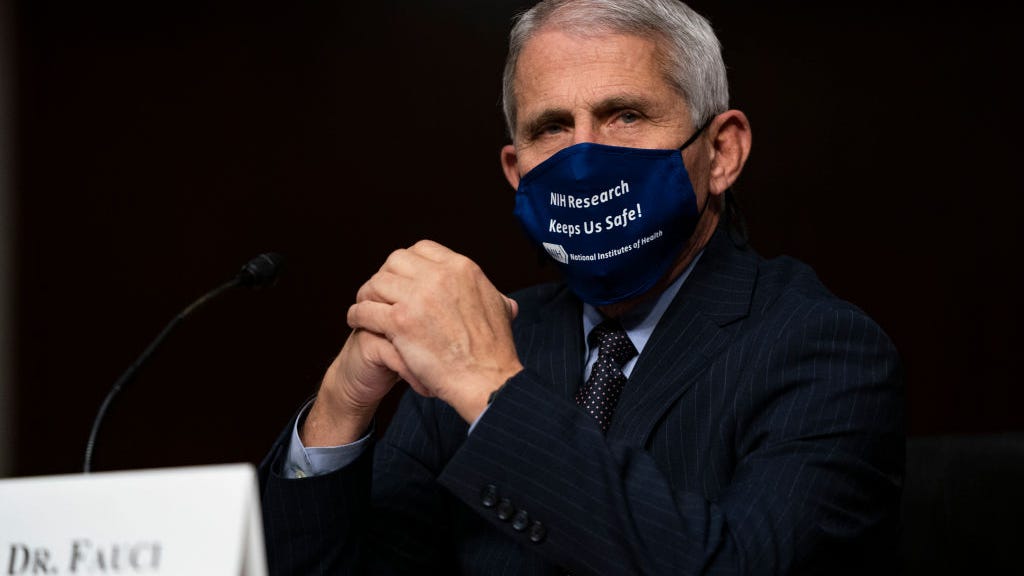 As COVID cases surge, Fauci remains hopeful: 'We can turn this around. It is not futile!'

He said that pandemic has unfortunately become "divise," and pointed to a survey that illustrated that Democrats -- more so than Republicans -- view COVID-19 as a major threat to public health.

“All of a sudden science gets caught in a lot of this divisiveness,” he said.