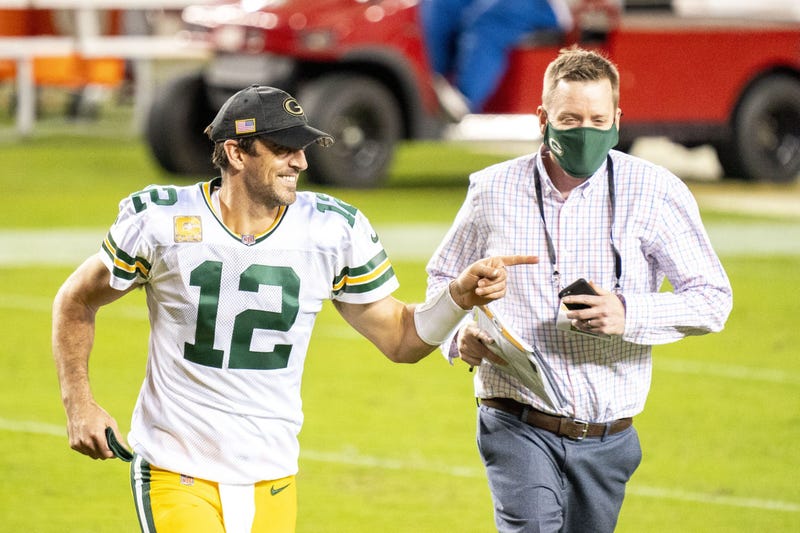 The Packers picked up their first win in California of the Matt LaFleur era, after a rough 0-3 record last year.

Two of those losses came at the hands of Aaron Rodgers' hometown team, the 49ers.

The Packers got revenge, topping the NFC Champions 34-17, with Rodgers dropping 305 yards and four touchdowns, but the narrative of Rodgers playing in his hometown is not to be ignored.

After the Packers drafted Jordan Love in the first round of this year's draft, the clock on Aaron Rodgers' time in Green Bay inched closer to expiration, with the possibility of Rodgers playing in another uniform to end his career.

Could you imagine Aaron Rodgers playing for the 49ers in a couple years?

Mike Clemens, our Green and Gold Insider, joined Bill on Friday to recap Packers/49ers, talk some Rodgers homecoming, and more:

- What did Niners HC Kyle Shanahan have to say about playing the Packers short-handed?

- What did Aaron Rodgers have to say about the job MVS did in the game?

- What did Matt LaFleur have to say about Rashan Gary’s big impact last night?

- What did ZaDarius Smith have to say about finally getting a win in San Francisco?