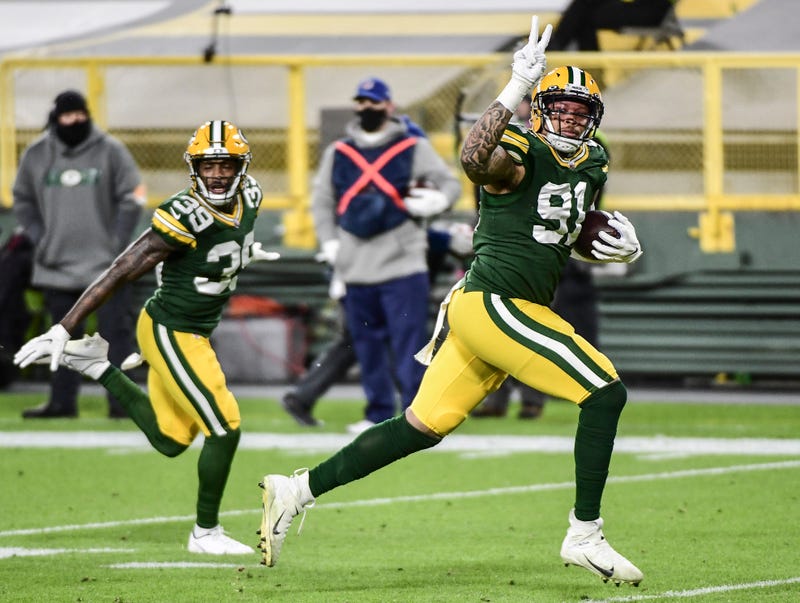 The Green Bay Packers earned win #100 in 201 games of their historic rivalry against the Chicago Bears, 41-25. After Sunday night's win against Chicago, the Packers now sit at 8-3, good for the number two seed in the NFC.

Green Bay got out to an early lead and never looked back. Aaron Rodgers connected with Davante Adams for the first score of the game on a 12-yard touchdown. Adams was able to extend his streak of consecutive games with a touchdown to six. Adams surpassed 500 receptions in his career after finishing the game with 6 catches for 61 yards and a touchdown.

Rodgers was able to become the 11th player in NFL history to throw for over 50,000 yards in his career after a 39-yard touchdown to Robert Tonyan. Rodgers finished the game with 211 yards on 29 attempts and 4 touchdowns.

Aaron Jones and Jamaal Williams were able to exploit Chicago's defense as they were without DT Akiem Hicks. Green Bay's running backs both received 17 carries and were able to combine for 163 yards on the ground.

Green Bay's defense was able to expose Mitchell Trubisky in his first start since September. Za'Darius Smith was able to force a fumble after sacking Trubisky, which was recovered by Preston Smith for a touchdown in the first half. Darnell Savage was able to seal the game with two interceptions off of Trubisky.

Up next, the Packers will host the Philadelphia Eagles at Lambeau Field in week 13.

Check out the Green & Gold Postgame Show with Bill Michaels and former Packers’ running back, Gary Ellerson, below!