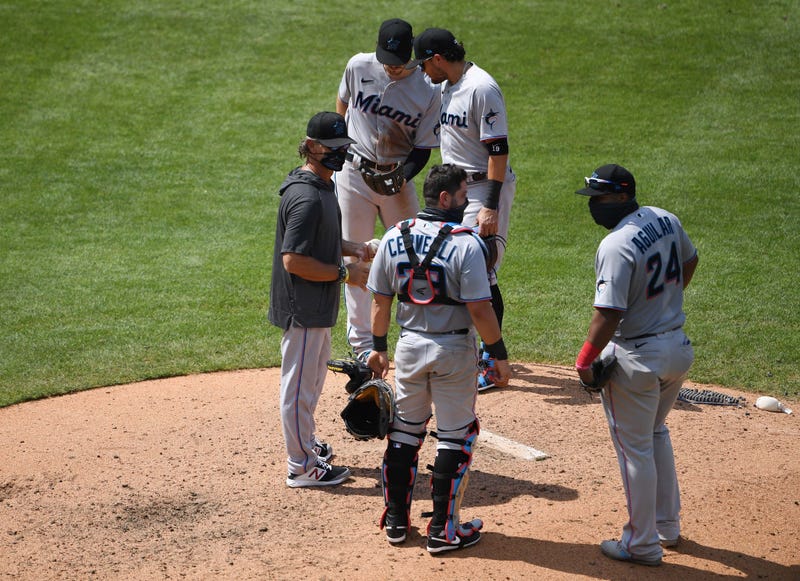 MLB may have to make some tough decisions as we've only made it through one weekend and there's already an outbreak in the Miami Marlins' clubhouse. Over the weekend, there were fourteen positive COVID tests, including 12 players. The Marlins have not made their trip back home after their series in Philadelphia and their home opener scheduled for tonight has been postponed:

News broke yesterday of four Miami players testing positive, yet the game against the Phillies went on as scheduled. Because of that, out of precaution, the Yankees and Phillies game that was scheduled to take place Monday night in Philadelphia, as also been postponed.

USA Today's Bob Nightengale also reported that Colorado Rockies' reliever, Tim Collins, has opted out of playing this season, citing this Marlins' outbreak as the reason for it.