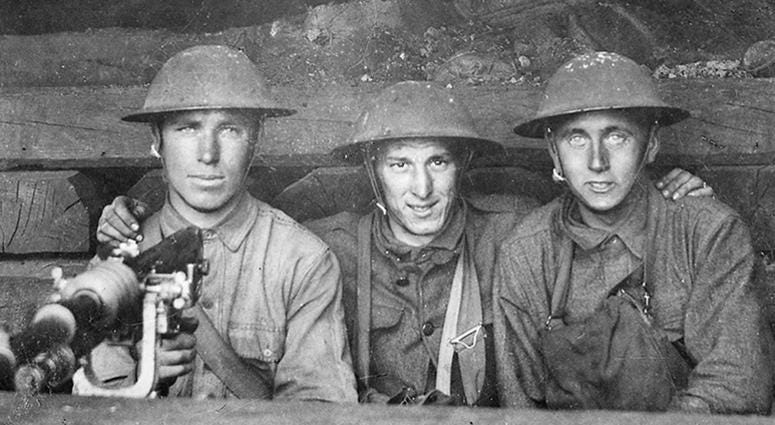 This Sunday marks the centennial of the end of World War I, Nov. 11, 1918. Since Florence Green, 110, died in February 2012, there have been no living World War I veterans to pass along the stories, legacy, and history of WWI — so it's on us to remember those stories.

Here are 10 facts about World War I:

1. Tanks were invented during World War I and were originally called "landships." The name "tank" came about because that's what they were disguised as — water tanks

3. 12 million letters were delivered to the front every week

5. The youngest authenticated combatant was only twelve years old

6. An explosion in France was heard in London

7. Journalists, if caught, faced death — they were seen as aiding the enemy and dangerous information flow sources.

8. More than 500,000 message-carrying pigeons contributed to the war effort

9. The trench network of World War I stretched approximately 25,000 miles from the English Channel to Switzerland

10. Roughly 30 different poisonous gases were used during WWI — by the end of the war, many countries signed treaties outlawing chemical weapons