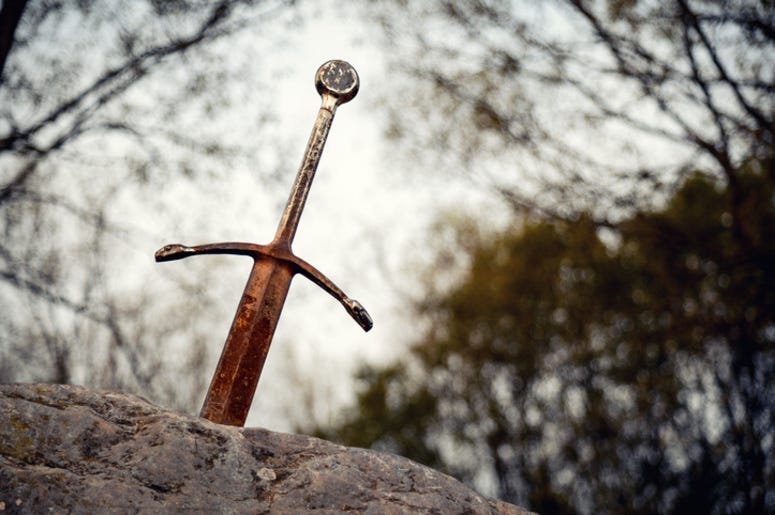 Anyone who has been to Disneyland has probably attempted to pull the sword stuck in the stone at King Arthur’s Carrousel. Well, it was recently reported that somehow Excalibur had been removed from the stone. At first, it was assumed the old prop was being removed for refurbishment, but it turns out a guest was actually able to remove it from the stone.

As the story goes, only the rightful owner of Excalibur would be able to remove it from the stone. While in the story, King Arthur is able to remove it, the one at Disneyland had been known to be impossible to remove. That is, until one guest recently gave it a shot, and actually was able to remove it. According to an eyewitness, “my friend Sam broke it last week on the 8th when we went to Disneyland. He literally ripped it out. The staff said it was really old and that’s why he was able to do so.”

The sword! The sword in the stone is missing!#Disneyland pic.twitter.com/wPnDuiRIDi

I’ve witnessed some guy pulling the sword from the stone at Disneyland. No joke. They blocked people from going anywhere near it. That’s crazy. How strong is that guy?

shoutout to whoever pulled the sword in the stone out at Disneyland...ur the true king

The man, who has been described as “burly,” broke off the sword while attempting to remove it. The sword has since been returned to its stone at King Arthur’s Carrousel, with a shiny new look to go with it. While the guest was able to remove the sword, sadly he wasn’t immediately named king of Disneyland for his impressive act.