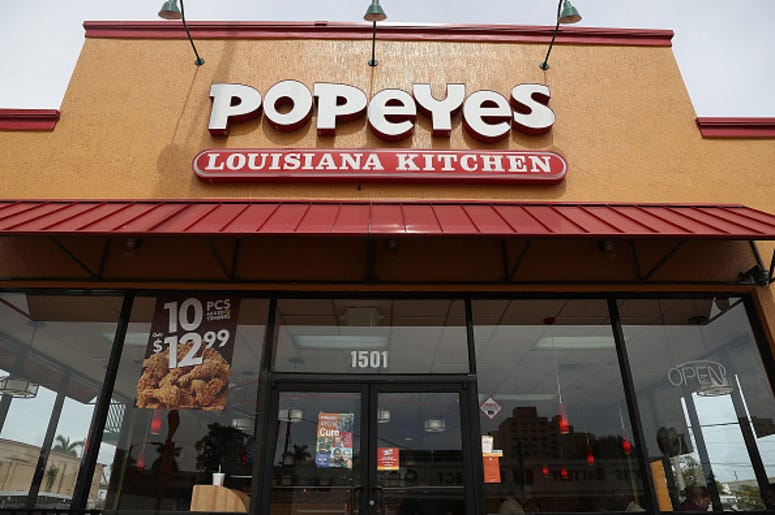 (ALT 103.7) - No fast food chain has been more popular recently than Popeyes. After the craze of their new fried chicken sandwich, people have been patiently awaiting the item's return to the menu.

However, it seems people may finally be turning on Popeyes after the fast food chain suggested customers bring their own bun to make their own sandwiches.

Try our new BYOB! It’s basically The Sandwich! Only no mayo. Or pickles. And you bring your own bun… Really it’s just three tenders… pic.twitter.com/9jOFyfdae4

After the viral Popeyes chicken sandwich sold out a month early, customers have been waiting on word telling when the famous sandwich would return. While no decision has been made, Popeyes decided to have a little fun by starting a BYOB - or "Bring Your Own Bun" - campaign.

Sure, the fast food chain may have been joking with their tweet, but fans were not amused and quickly, social media turned on Popeyes.

U think this is funny? Cus I think a 36% revenue decrease in the last week is funny too

It seems those on social media had the same reaction as those in the Popeyes ad they released on Twitter. Many pointed out that this officially gave the win to Chick-fil-A in the viral chicken sandwich war.

Popeyes still hasn’t announced when the chicken sandwich will return to the menu, but hopefully, this lapse speeds up the process. Until then, Chick-fil-A is still on top, it seems.

music
Arnold Schwarzenegger Is Suing A Russian Robotics Company for Using His Likeness
music
Tiffany Haddish Says She and Brad Pitt Made a Hookup Pact
music
Brad Pitt Confirms He Turned Down the Role of Neo In 'The Matrix'
music
Will Smith Is Working on a 'Fresh Prince of Bel-Air' Reboot
music
You Can Soon Stay in a Hotel Designed and Owned by Chip and Joanna Gaines
music
Can Going to Concerts Help You Live Longer?