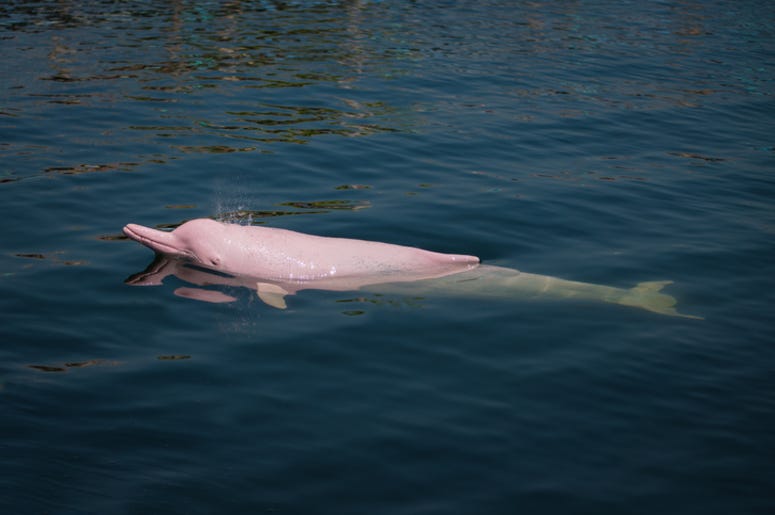 I have heard that there were 2 pink dolphin. Well, there definitely is!! Calcasieu ship channel.

The video, which was posted by Thomas Adams, shows the pink dolphins swimming in the Calcasieu Ship Channel, in Louisiana. That is where Pinky was first spotted twelve years ago. Since then there have been reports on Pinky mating with other dolphins, as she has been described as very sexually active’. Now the endangered species has brought another rare pink dolphin into the world for everyone to marvel at.

According to those with knowledge of the species, Pinky is a rare river dolphin whose pink color comes from a genetic mutation. The International Union for Conservation of Nature says Pinky’s species is endangered or vulnerable. While the environment doesn’t affect Pinky, she is often swimming below the surface. Luckily, now there’s a second pink dolphin in the area, for boaters to spot.