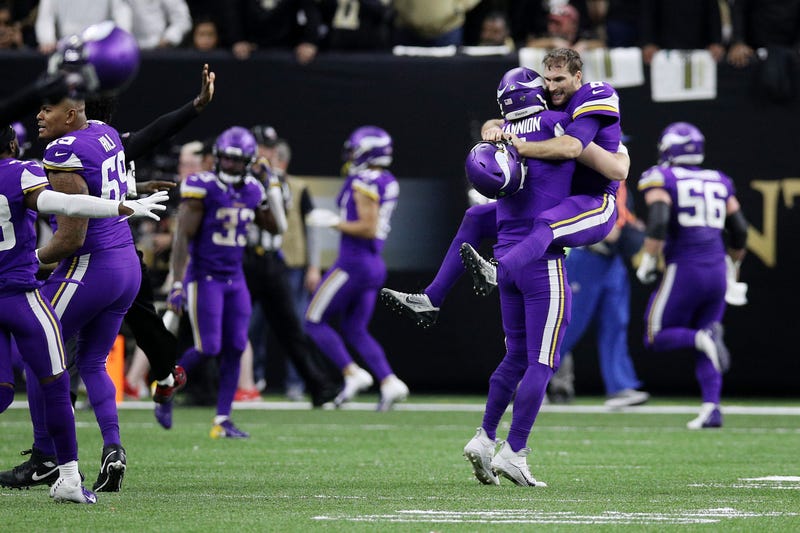 Kirk Cousins connected with tight end Kyle Rudolph for a four-yard touchdown to give the Vikings a 26-20 overtime win and eliminate the Saints from the playoffs.

The Saints got off to a hot start when Vonn Bell recovered an Adam Theilen fumble forced by Janoris Jenkins on just the game’s third play.

The Saints settled for a 29-yard Will Lutz field goal to take a 3-0 lead.

The Vikings answered with a 43-yard Dan Bailey field goal.

The Saints retook the lead in the second quarter after Alvin Kamara scored on a four-yard touchdown run. The rush was set up by a 50-yard reception by Deonte Harris from back-up quarterback Taysom Hill.

The Vikings went on to score 17 unanswered points thanks to a Dan Bailey field goal and two scores from Dalvin Cook. Minnesota took a 20-10 lead into the fourth quarter, but thanks to a 20-yard touchdown pass from Drew Brees to Hill, New Orleans narrowed the deficit to just three points.

However, on the Saints next offensive drive Danielle Hunter forced Drew Brees to fumble. New Orleans’ defense was able to force the Viking to punt and got the ball back with 1:55 to play.

Brees then drove the Saints 44-yards to set up a game-tying 49-yard Wil Lutz field goal with just seven seconds to play.

The Vikings won the coin toss in and received the ball first in overtime. Cousins drove the ball down to the Saints 1-yard line.