To clarify, Tom F-ing Brady was back Saturday evening at Gillette Stadium.

And his teammates knew it even long before Brady completed his first eight straight passes against the NFL’s No. 3 pass defense.

“I’m telling you, when we started the game I looked at Dev (Devin McCourty), I said Tom is going to get right today. He’s going to turn it up today. He did,” safety Duron Harmon said. “You could just tell. The speech he gave before the game. Just…he’s always locked in, but just today you felt it. You felt like the offense was going to move the ball and had no worries.”

Gone was the 42-year-old Brady who had completed less than 60 percent of his passes for five straight games. Gone was the guy with the bad elbow who’d been barely recording passer ratings in the 80s in the last month and a half, if he was lucky. 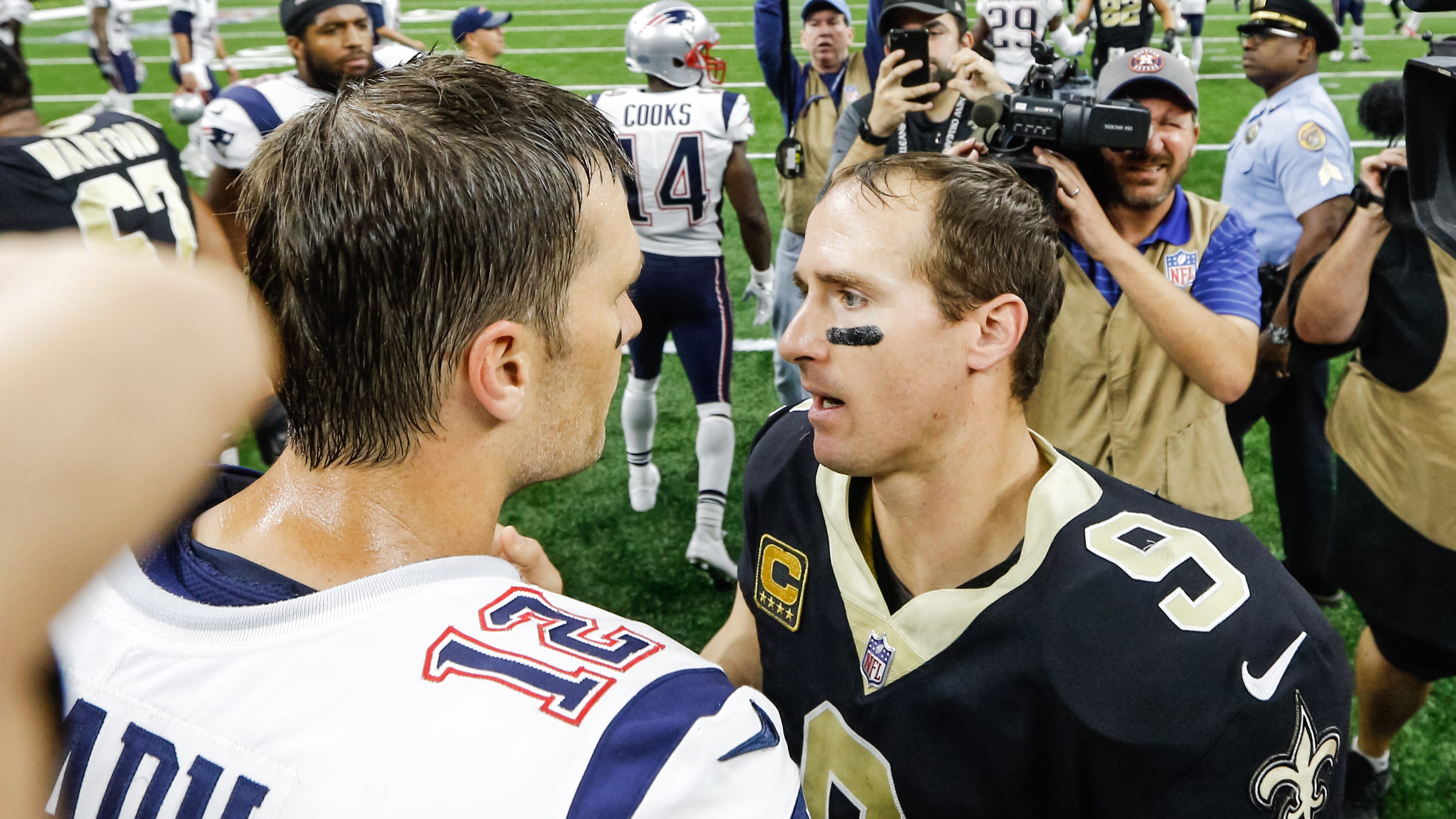 Instead, the guy very much resembling the G.O.A.T. completed 26 of 33 passes (78.8 percent) against Tre’Davious White and Co. for 271 yards with one touchdown, no picks and no sacks for a 111.0 passer rating, his highest since Antonio Brown was a one-week part of the mix in Week 2.

Brady controlled the game with the help of a solid rushing attack to the tune of three drives of 11 plays or longer, including a 17-play, 91-yard march in the second quarter.

When his team trailed 17-16 with 9:01 to play in the fourth quarter, TB12 did what good ol’ TB12 does and drove his unit 59-yards to a game-winning touchdown, picking up a vintage Brady QB sneak third-down conversion along the way.

When Harmon heard Brady’s words prior to the game and then saw the action between the lines he had one simple reaction.

“It’s time to go,” Harmon said with a confident smirk. “And I’m looking forward to seeing more of that the rest of the year.”

Time to go close out the season with a win over the Dolphins next Sunday afternoon in Foxborough, a victory that will secure the Patriots the No. 2 seed in the AFC and the critical bye that goes along with it.

Time to go to the postseason and battle the best teams in the conference, four of whom New England has already faced this season. Sure beating the Bills for the second time felt like an early playoff win, but the losses to the other division leaders in Baltimore, Kansas City and Houston weren’t that long ago.

Because with Brady back to his winning ways, joining forces with a defense that’s been very good and at times dominant all season, there is no question the Patriots that played Saturday evening at Gillette have a chance, more than just a puncher’s chance, at doing damage in January.

While outsiders questioned the Patriots’ lack of so-called impressive wins on the way to a now 12-3 record, don’t expect doubt to find a home in the New England locker room.

It wasn’t there before the impressive win over the Bills. It certainly won’t be there in the coming weeks heading toward playoff action.

“Oh, no. We believe in each other,” Harmon declared. “Nobody works like us. When you put that work in it gives you a sense of not only security but a sense of confidence to know that what you want to do out there you are going to be able to do because you put the work in to do it.

“We’re moving in the right direction. People can say whatever they want about us. We know what we have in here. We’re confident in what we have. We just have to go out there and play a good, 60-minute football game. I think today was probably one of our closest games to playing 60 minutes. We’re competing at a high level and everybody is having fun.”

Everybody is also wearing their new AFC Champions hats and t-shirts, readying for a postseason run that just a couple weeks removed from consecutive losses to the Texans and Chiefs suddenly seems more believable.

Brady is back. The running game is picking up steam. Nick Folk is hitting 50-plus yard field goals.

Things are coming together for Bill Belichick’s team once again.

At the right time.

With the right quarterback.